Former president, Festus Mogae was on the way to visit his hospitalized predecessor Sir Ketumile Masire before he died. Mogae was Masire’s Permanent Secretary at the Finance and Development Planning Ministry and his presidential permanent secretary for 10 years, Reports TEFO PHEAGE.
Masire died just a few hours after Mogae landed in the country from his international mission- a misfortune that shall linger in the latter ‘s memory to the end of his days.
Mogae says he was not able to see the nonagenarian as frequent as he would have desired because of his taxing and packed international commitments. He however says Masire who made way for him in 1998 was always in his thoughts during this difficult time. Mogae learnt of Masire’s illness while in Senegal from where he kept in touch with the family who frequently updated him on their father’s condition.
According to Mogae’s Private Secretary, Rhee Hetanang, Mogae arrived in Botswana Thursday evening and shortly thereafter they received the sad news just as they were planning to visit the gravely ill Masire.
“We got a phone call from the family that President Masire had succumbed to the ailment. It was sad, a very sad moment,” Hetanang told The Botswana Gazette.
“The following day-the morning for Friday, Mogae visited the Masire family to console them, later issuing a message before proceeding to sign the condolence book in parliament,” he added. On Sunday Mogae was seen in Kanye, Masire’s home village, where he went to pay respect.
Mogae is said to have been Masire’s favourite cabinet minister. David Magang, in his tell all autobiography, The Magic of Perseverance, says Mogae was close to Masire’s heart.
“Uhu! As a by-the-way, the president asked my opinion as to who would be the best replacement for Peter Mmusi. I knew as much as anybody else in cabinet that he was so enamoured of Festus Mogae. I found this question surprising. It was like a man of enormous fortune seeking advice as to who should inherit his riches when he had only one child. Thus, I told the president that since he had such a predilection for Mogae, he represented the best pick as far as I was concerned. On the other hand, if, in the very unlikely event that he found Festus to be wanting in one way or the other, veteran politician Mout Ngwao, or Mompati Merafhe, the Minister of Presidential Affairs and Public Administration, were equally capable people,” Magang writes.
In times of trouble and need, both Mogae and Masire could team up like during the so-called Mother of All Strikes of 2011 and when they launched Daniel Kwelagobe in 2014; as well deciding which meetings to snub or attend and when to call out the Khama leadership.
Mogae himself says he is deeply saddened by the death of Masire.
“He was not only my predecessor in the high Office of our land and prominent figure of political life in Botswana but also one of the few remaining founding fathers of our republic. He steadfastly steered Botswana through turbulent times, including the painful liberation struggle in Southern Africa and the daunting economic and developmental challenges afflicting our then young nation,” he said, explaining that the nation is indebted to him for his commitment and steadfast leadership in building, nurturing and consolidating democracy in Botswana.
“Rra Gaone was a true humanist and such is an example of what he shall eternally be remembered for,” concludes Mogae. 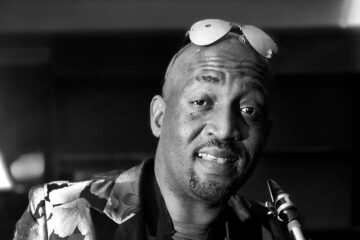