“Their crisis renders them incapable to the voters”- Maundeni

Political analyst  Professor Zibanani  Maundeni says  the current turmoil the Botswana Movement for Democracy (BMD) finds itself entrapped in  can   be calmed by a special congress where the National  Executive Committee (NEC)  will give the  general membership  a chance to discuss and decide on the future of their movement.
“Such incidents are not good for the party, it does not look  good for the BMD right now, they should now be working on maintaining their image and working in  the UDC towards attaining power in 2019 not fighting within themselves. Their crisis renders them incapable to the voters,” he said, explaining that the opposition was  at a critical stage of preparing for 2019 and could not afford to  waste time.
A special congress, he says ought to be called soon, “Failure to do so  will  only mean they are incapable of leading.”  He also said that the UDC as the mother body should intervene and find ways of helping BMD find a lasting solution because  “if  they mess up , the consequences will come  back to haunt  them.”
“UDC is a party made up of different units and if it wishes to remain stronger and relevant it has to find a way of stabilizing their units hence the call for the UDC leadership to intervene in the BMD crisis,” he said.
Speaking recently in Francistown during his presidential countrywide tour, BMD leader Ndaba Gaolatlhe  said the  National Executive Committee (NEC) was forced to set the date and time for their special congress as per the request by members of the party and that if delayed to do so, alternative legal alternatives would be sought.
“As a leader voted in by the people, I should always represent the truth and above all their interests. And at times it will mean taking decisions that are very difficult and rough for some but just for the benefit of the people and hence I will continue to lead by truth as long as the people have put me here to the freedom they so much thirst for, I will do what they people ask of me and nothing else,” he said.
According to Gaolatlhe  and  his vice  Wynter Mmolotsi,  the BMD NEC is beyond redemption and it is now up to the people to save the party. “NEC is no longer functional, and thus has caused a slowdown in many of the party activities that matter. We can’t do anything as a party now because everyone does as it pleases him or her,” remarked Mmolotsi.
Party Chairperson Nehemiah Modubule however discounted a suggestion by Mmolotsi and Gaolatlhe that letters were written to the NEC about the need for a special congress, saying the correct procedure was not followed. He said the proposition of the special congress remains a rumor as the secretariat had rejected 19 letters calling for the congress- as they were not in line with the constitution. “Unfortunately it was established at the meeting attended by all members that in writing the letters , proper procedures were not followed,” he said, explaining that the constitution dictates for branch  congresses to be convened before the letters could be written.
Modubule added that contrary to the criticism that they do not want the special congress, they were following the constitution.
Parallel leadership, 1 party
The BMD is currently ran by the parallel powers centers, one led by Modubule and the party Secretary General Gilber Mangole, while the other side is led by Gaolathe and his Vice President Mmolotsi. Between them are 21 letters written  by constituencies to the party’s secretariat calling for the special congress, which the party’s constitution says is to be effected by a one-third majority.
“Until we go for a special congress, our party is in the hands of God, he is the one still protecting us and driving us; as for the National Executive Committee (NEC), it is nonexistent. It is time for the people to now decide on what they want to do since the NEC they had entrusted with leading and protecting the party has failed them,” said Mmolotsi in Francistown recently.
The Modubule-Mangole axis feels that a special congress is not necessary at this stage as the party had other alternatives to solve its issues. The two are affronted by the party’s presidential tours, as they say they only learn about them in the media.
The president’s powerlessness
Mmolotsi  says the party’s constitution  was also to be partly  blamed  for the situation the BMD is in as it gave the president very limited powers.  For this reasons, he said, the president could not unilaterally expel or suspend wayward members without the consent of the NEC.
“The president is not recognized; most of the time, him and myself  are left out of matters of the executive ,” he said, adding “Nna le tautona ke mo ka re chaile  koloi stuff fela.” He said the situation was precipitated by a handful of people who think they are bigger than the movement.
Article 20.1 (a) of the party’s constitution outlines the duties of the president as to “make pronouncements for and on behalf of the NEC, outlining and explaining the policy or attitude of the movement on any question as agreed with the NEC.”
20.1 (c) states that he will “under the overall supervision of the NEC, orient and direct the activities of the Movement,” while (e) reads ,”In all matters, be subject to the authority of the NEC, who may rule him on matters of the Movement.” 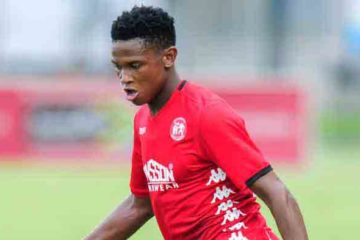