Caught between a rock and a hard place, the government had to wait until MPs were out of the way to raid some of its own coffers in order to recapitalise the National Petroleum Fund (NPF) that was ransacked by depraved knaves under Ian Khama as president just so government may begin to pay its runaway debt to fuel importing companies. As a result, rural folk will stay in the dark for a time longer because the National Electrification Fund was among several targets that were stormed minutes after Parliament was dissolved on Wednesday last week. KEABETSWE NEWEL reports

President Mokgweetsi Masisi’s cabinet has approved for more than half-a-billion pula to be moved from the Road Levy Collections Fund and the National Electrification Fund into the National Petroleum Fund (NPF) that was raided by knaves with powerful connections to Government Enclave under Ian Khama’s presidency, The Botswana Gazette can confirm.

According to Statutory Instrument number 99 of 2019, government has approved for P50 million to be transferred from the National Electrification Fund to the NPF in terms of the National Electrification Fund (Transfer of Funds) Order. According to the order, whereas it is in the best interest of the public and the exigencies of the financial situation render it expedient to withdraw funds from the Electrification Fund to the NPF, Finance Minister Kenneth Matambo exercised his powers as per Section 40 (2) of the Public Finance Management Act for the transfer of such funds.
The same order was sought with regard to the Road Levy Collections Fund under Statutory Instrument number 100, which further approved for the transfer of a staggering P500 million from the Road Levy Collections Fund to the NPF.

The decisions were gazetted immediately after Parliament was dissolved on 28 August 2019. Sources say that government waited until the National Assembly was dissolved for fear of MPs opposing the capital moves.

Minister Matambo has confirmed the transfers in an interview with The Botswana Gazette. He said it was important that government approved the movement of such funds to avert implications of government’s swelling debt to petroleum service companies that are owed hundreds of millions of pula due to depletion of the National Petroleum Fund.

The NPF was established under the NPF Order that was then put under the Finance Act. The role of the NPF was to provide funding for construction and management of fuel storage facilities, procure petroleum products, as well as to stabilise fuel pricing. After P250 million was ransacked from the NPF, government was unable to reimburse fuel companies for importing fuel at prices higher than the cost of sale, a situation that led to under-recoveries.

According to the Permanent Secretary (PS) in the Ministry of Minerals, Mmetla Masire, government owes fuel companies over P800 million. Masire has confirmed that the P550 million taken from the Electrification Fund and the Road Levy Collections Fund will partly pay fuel companies that are owed.

The Road Levy Collections Fund was established to finance construction and maintenance of roads in Botswana. It collects 90 thebe from every litre of fuel bought by Batswana that accumulates to an average of P108 million every month. Taking money from the Fund automatically stalls and defers road projects like maintenance and construction of roads, leaving road infrastructure in a shambles.

Further, not all households have been able to connect electricity because the cost varies from P2 219.64 to P17 500.00 in areas with a standard cost. However, government has developed a scheme called the National Electricity Standard Connection (NESC) and National Electrification Fund (NEF) to help Batswana to  connect electricity at a standard price of P5 000 irrespective of location but subject to the rollout programme.

On 1 April 2010, government introduced an electricity levy of 5 thebe per kilowatt hour consumed. A kilowatt hour is the amount of electrical energy consumed in one hour by 17 incandescent bulbs (60 watts old type) or 100 compact fluorescent lights (10 watts) bulbs.

The levy is payable by all electricity customers in Botswana to generate money for the Fund from which household connections are subsidized. The transfer of money from the National Electrification Fund to the NPF means that electrification of villages will be stalled because there will be no funds to subsidise the excessive costs of connecting power to the households.

The AP is the only option - Butale

In 2019 Let’s Force Our Leaders to Account Even If They Hate It! 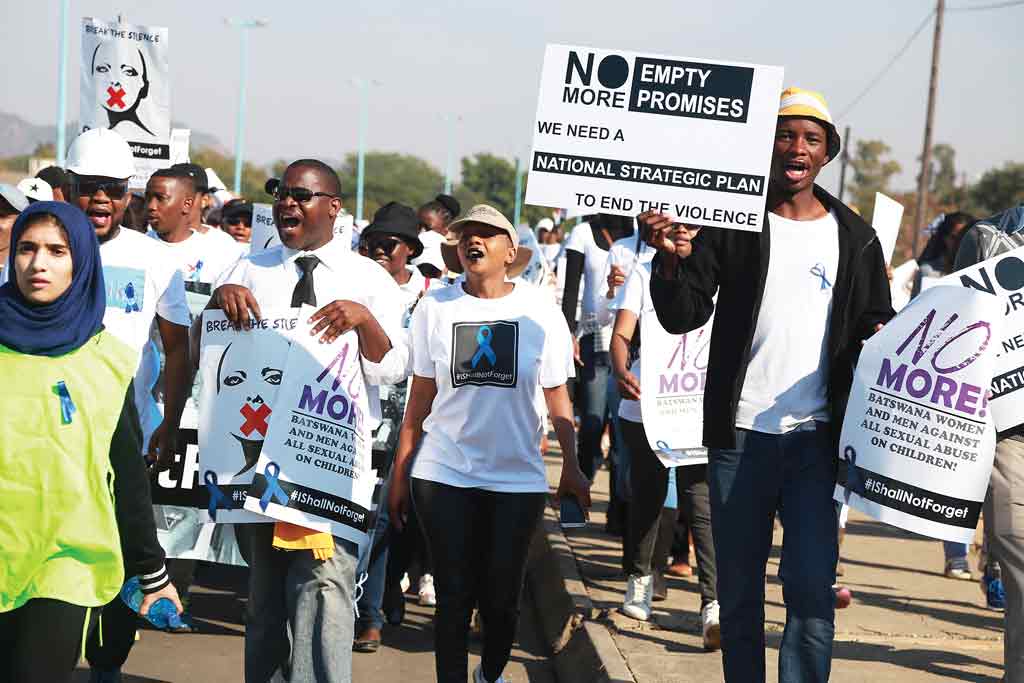