The state stands accused of being in contempt of court after it failed to return P82 million to businessman Bakang Seretse in accordance with a High Court order last week.

Along with others, Seretse is charged with stealing more than P250 million from the National Petroleum Fund (NPF). Through his attorney, Kgosi Ngakaagae, he has now filed for contempt of court.

It has emerged that the state has not acted on the order because it is likely to appeal the judgment of Justice Gaopalelwe Ketlogetswe of the Lobatse High Court for the state to return P82.2 million belonging to some of Seretse’s companies.

It is understood that according to the state, some of the properties and funds in question are proceeds of crime, hence they should not be returned to Seretse. At any rate, the state holds that it has not concluded its investigations

Sources close to developments believe that it could be a sign of a weakening case for the state. This was also recently exposed when the High Court dismissed all charges laid against the Kebonang twin brothers; Sadique and Zein in the same NPF case. The state had implicated and charged the brothers over money laundering claims.

A panel of three High Court Judges; Mokwadi Gabanagae, Abednego Tafa and Matlhogonolo Phuthego all agreed that the prosecution had failed to submit enough evidence that would convince the court that the charges levelled against the applicant had substance.

A few days after the judgement, former Director General of the Directorate of Intelligence and Security Services (DISS) Issac Kgosi sought hearing re-view of all charges levelled against him in the same NPF case.

Kgosi through his lawyer Thabiso Tafila, argued that the decision to indict him in the P250 million NPF case for the DISS transactions is irrational and unreasonable. He denies any abuse of funds allocated to DIS or that he acted corruptly in the procurement or utilization of the funds and wants the court to set aside the charges 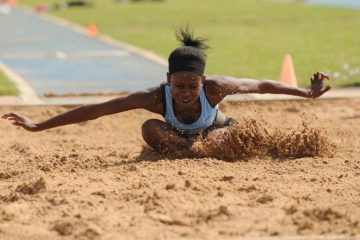