On August 26, the Permanent Secretary to the President issued a press release announcing that His Excellency Dr Mokgweetsi Masisi has transferred the Director General in the DCEC (Brigadier Joseph Moenyana Mathambo) to the Botswana Defence Force and appointed Mr Tymon Mathasedi Katholo to the position of DCEC Director General.

As the Opposition, we wish to register our concern at the frequent change of guard at the DCEC. Over a period of three years (August 2017 to August 2020) the DCEC has had three different Director Generals. Given the importance of the DCEC mandate, change in the leadership of the organization at the drop of a hat should raise eyebrows. The DCEC is expected to independently execute its duties without political interference.

International best practice for organizations that are assigned to pursue corrupt individuals without fear or favour, strongly points to the need for individuals who head the organizations to enjoy security of tenure. This is meant to insulate them against decisions that are calculated to appease their appointing authorities out of fear of being recalled from the position they hold. Security of tenure enhances the credibility of the organization in the eyes of the public that is expected to assist in the fight against corruption.

Grand corruption the world over is in the main perpetuated by leaders of big corporates that know no bounds in their pursuit of profit. Ever since assuming the highest office, it is public knowledge that President Masisi has moved swiftly to partner with different business leaders who have dominated our private sector and also competed against ordinary citizens for opportunities availed by government for economic empowerment, Banyana Farms being a case in point.

For a President that is aggressively pursuing private interests to grow his personal wealth, an objective that may conflict with the interests of the public, firing and appointing DCEC leaders without having to account for his decision is a recipe for blossoming corruption. Local and international media have reported on corruption investigations that have included one of the President’s newly acquired business associates.

If not already entrenched, the ground has certainly been prepared for State Capture where the President’s business associates will have their private interests prioritised over the interests of the public.

Recently, the Afrobarometer (A Pan-African, nonpartisan survey research network) released a report entitled “Corruption Crossroads? Rising perceptions of graft weaken citizen trust, threaten Botswana’s democratic standing.” Part of the findings from the survey by Afrobarometer shows that half of Batswana are of the view that corruption is on the increase.

The Presidency, according to Batswana, is the leading state institution that is most widely seen as corrupt. The report concludes that perceived corruption in the Presidency is strongly associated with less trust in government institutions. As a consequence, many Batswana do not see the need to play any role in combating corruption and don’t have faith in our institutions commitment to prosecute and convict the corrupt.

As is clear from the findings of the Afrobarometer, the integrity of the Office of the President is in grave doubt. We should not forget that the business partnerships that involve the President are possibly not the only factor that may fuel perceptions of corruption.

The President has been implicated in the looting of the National Petroleum Fund for which he will not be prosecuted on account of the immunity he enjoys as provided by our constitution.

As a result of the latest political moves to undermine the integrity of the DCEC, the UDC will propose amendments to the DCEC Act through a Private Members Bill during the next session of Parliament to ensure the following;

The above measures, in our view, will go a long way in empowering the DCEC to tackle the spreading cancerous wave of corruption that is taking our country to the grave under the BDP misrule. We emphasize that changing the leadership of DCEC without the reforms we are proposing, will not deliver any positive results. It is time to move from slogans to action. Corruption worsens poverty and aggravates inequality as resources meant for the upliftment of the vulnerable members of the society are diverted to line the pockets of the elite.

The UDC acknowledges that it is difficult to fight corruption when it is driven by the highest office in the land, but we want to assure Batswana that we shall not rest until corruption in our country is defeated and all the beneficiaries have returned the loot to its rightful owners – the people.

STATEMENT ON DIRECTORATE ON CORRUPTION AND ECONOMIC CRIME

BY LEADER OF THE OPPOSITION 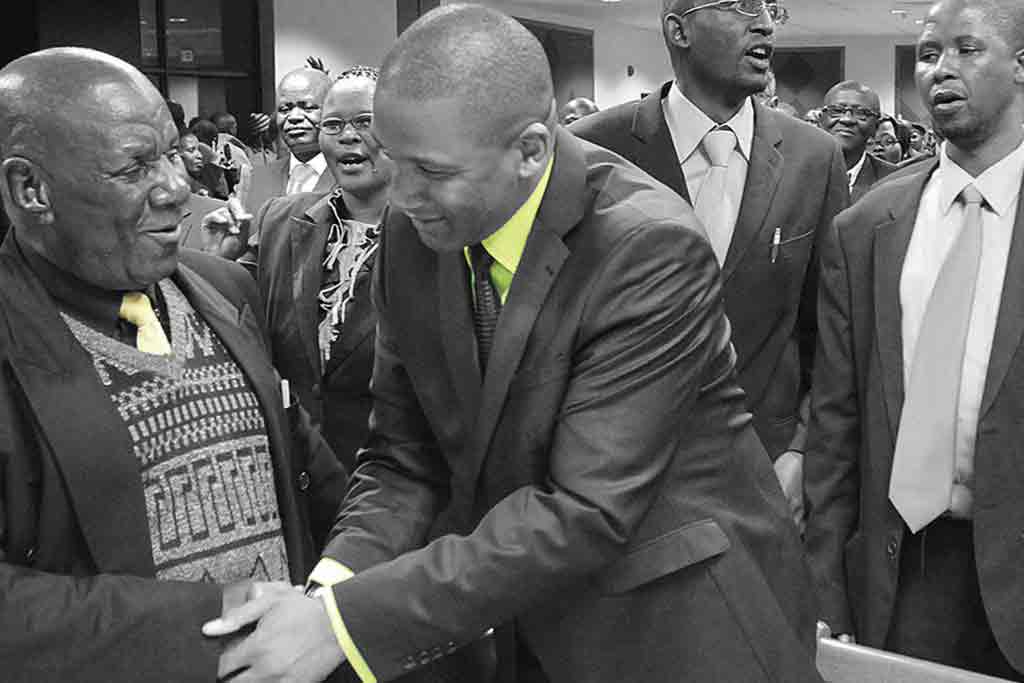