In a move that has once again cast aspersions on the sustainability the Umbrella for Democratic Change (UDC) as an experiment in the unity of opposition parties, the Botswana Congress Party Youth League (BCPYL) has called for the resignation of Duma Boko as president of the coalition project.

The BCP is a breakaway from the Botswana National Front with which it seems to have found ways of embrace each other and work together inspite of their differences. The outburst of BCPYL comes at a time when the two parties are working on modalities of merging into one united front.

“The BCPYL calls on the UDC leader, Boko, to expedite his resignation,” reads the BCPYL statement in part. “He has been a loyal servant of the coalition but like he eloquently remarked, ‘we lead, but we also have to allow ourselves to be led,’ it’s time to hand over the baton and allow someone to lead the people’s project.”

Despite the dismissal of the BCPYL call by the leadership of both parties as youthful radicalism and exuberance, some are saying the youth league is communicating what the elders find difficult to state. Tradition has always been that auxiliary bodies go though chairpersons before they may engage the public on important matters. However, with regard to this particular matter, BCP president Dumelang Saleshando says the BCP youth have not done so.

“It is a matter that is being attended to,” Saleshando said. “The party chairperson is meeting with the youth league to look into the matter.”

He reiterated that the last BCP conference endorsed Duma Boko as its leader and that he is “not aware of any forum at which that decision was reversed”.

He noted that they treat the BCPYL matter as an internal issue that must be addressed internally and that they have given the BCP space to address it. “What people must know is that alliance members have agreed on strengthening the UDC and any effort to undo that is regrettable,” he added.

The BNF youth has already taken to social media where it is returning fire with fire in defence of their president Boko who seems to be re-energised to continue leading the movement after a humiliating loss to a perennial loser, Annah Mokgethi, who is now the MP for Gaborone Bonnington South and a cabinet minister.

The BCPYL has blamed Boko for the UDC’s loss, saying during the presidential debates that were televised live on Btv, Boko verified the perception that most Batswana of him as arrogant, egotistical and devoid of modesty.

The debate may reignite the differences that have characterised relations between the two parties. While many see Boko as a Messiah who has miraculously managed to improve the opposition’s financial fortunes to match the ruling party, some within the UDC see him as clueless about the mindset of the voter. He is also accused by his team mates of running the UDC, especially its finances, as a one-man show. 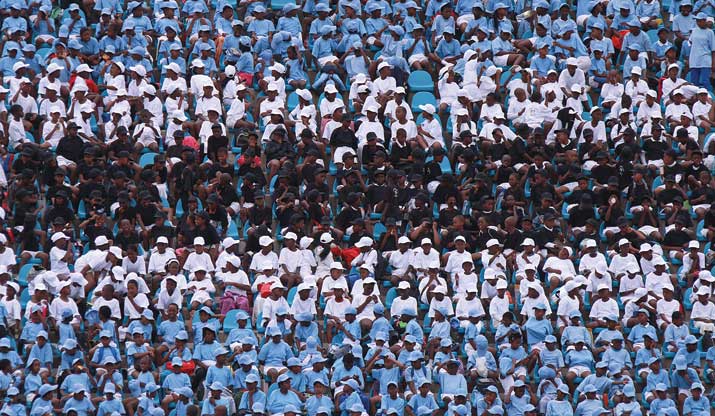