Scores of disgruntled staff at Limkokwing University are reporting for duty this week while pay dispute talks between their union and the university are still dragging, but Trainers and Allied Workers Union (TAWU) assured that a strike action by their members is unlikely. Last month Limkokwing lecturers and other staff members threatened to strike over unpaid overtime and overload incentives since November last year. Our sources inside Limkokwing University said they are not yet paid despite management promising to pay them last month end.

However the union representing the workers, TAWU, said on Monday that the negotiations are still ongoing and is hopeful the talks will bring positive results. TAWU President, Frizon Moyo said last week that they have a branch that is dealing with Limkokwing University and everything was under control. Moyo said even though he does not rule out a possibility of a strike, personally he does not see the talks ending in a strike. He said a strike action has rules and regulations that should be followed.

“I do not think there can be an industrial action according to what the parties have discussed so far,” said the TAWU president. Limkokwing University Spokesperson Mercy Thebe said in an interview on Monday that “the overloading/overtime claims verification process is complete and that all verified claims will be paid by end of April 2015.”

In a letter seen by The Botswana Gazette, the staff members also suspected that they were not paid because of what they allege as mismanagement of funds by the university. The staff cited the resignation of Finance Director Elijah Katse, who they suspect fled to avoid to face the music. A Payroll Officer they referred to only as Kodziba is said to have been suspended due to mismanagement of funds, together with some of her colleagues from the same department.

“We have seen a sudden change in the lifestyles of finance staff, they lived lavish lifestyles and we suspect that they are stealing the university money,” said our source who preferred anonymity due to fear of victimization.When this reporter visited the university last week the finance department offices were closed. One staff member said the Registry Department is now being “improvised” to perform the duty of the finance department while the mass suspension issue is being resolved. The finance department is also used by students, both private and government, to pay tertiary fees. In an interview with The Botswana Gazette, the former Finance Director said allegations that he quit because he feared that he was guilty of mismanagement of funds are not only false but serious. He said he resigned because of personal reasons.

“I felt it was time to leave because I have other projects to commit to. My departure has always been known even before this lack of payments issue,” said Katse. He said it was unfortunate that his resignation coincided with a pay dispute. He acknowledged knowing all about the suspensions at his former department saying some in the finance department were being investigated for “minor issues.” The minor issues he meant included failure to account for receipts and other paperwork to do with finance. Katse said the finance staff suspensions were just part of normal processes which can be done by any department.  He denied allegations of mismanagement of funds by his former staff.

“People who have been telling you all those things are misinformed and they link things that do not have a link at all. They cannot link the issue of money they are owed to mismanagement of funds by the finance staff, my resignation and suspensions. The money owed to them is more than P3 million and the finance staff are being investigated for money less than that as far as I know,” said Katse. The former director said the reason why the staff is getting their money late, especially the overtime payments, is because the management thought the requests for those incentives were excessive and should be investigated. He said their job as finance was to pay the employees and referred the issue of overload and overtime to the Human Resources Department.
Thebe told The Botswana Gazette that Katse did not resign, but retired voluntarily, which retirement has been accepted by the university management. “There is no mismanagement of funds at the University, but the University is currently investigating cases of misappropriation of funds,” said Thebe. 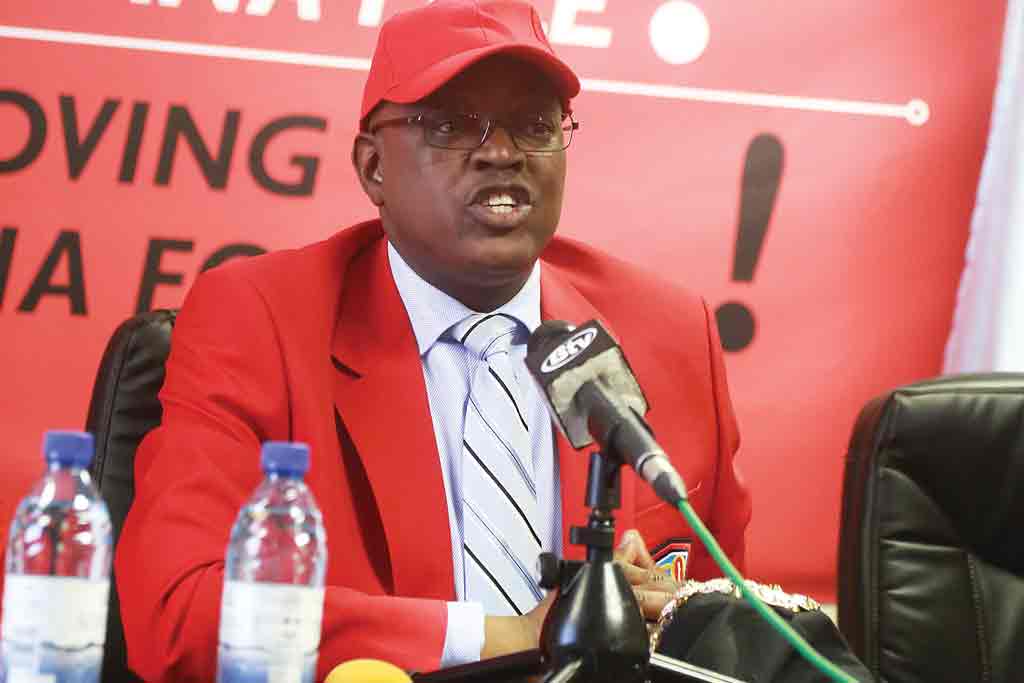