New evidence shows that the connected businessman has a curious citizenship.

Businessman Simbi Phiri, who is at the centre of controversy in Botswana and Malawi, has South African citizenship as well as a passport from Malawi, INK Centre for Investigative Journalism can confirm.
Malawi does not allow its citizens to hold a passport from another country; it is not clear how authorities in that country will act against the politically connected businessman who has admitted to funding politicians. Phiri renewed his Malawian passport in 2010; while investigations reveal that he holds South African identification (6303046297083)  particulars, it is not clear when he obtained citizenship of that country.
Phiri is the chairman of Khato Civils, a controversial civil engineering company that is currently on the radar of Botswana’s corruption watchdog – the Directorate on Corruption and Economic Crime (DCEC).
He has identified himself as a citizen of Botswana, saying the country is his mother’s birthplace. Spokesperson, Taonga Botolo, down played questions by INK on Phiri’s dual citizenship saying any reference to his Malawian passport is “merely guess work.” “Mr. Simbi Phiri has never, at any point in time, claimed he holds Malawi or Botswana citizenship,” he said.
However, documents seen by INK reveal that Phiri was issued a Malawian Passport number MA034189 in 22 September 2010 and it expires on 21 September 2020- but Immigration officials in Malawi declined to comment officially on the matter.
Botswana and Malawi currently do not allow dual citizenship. A senior Immigration Officer in Malawi who preferred anonymity said Section 6 of their country’s immigration Act prohibits dual citizenship and that offenders could be arrested and have their passport withdrawn. Last month, the Malawi Immigration Department arrested Kassam Nurmahomed, an Asian businessman for holding Malawian and British passports.
“In spite of being arrested and being fined or serving jail term of 18 months, the person will be stripped of Malawi citizenship and be deported out of Malawi,” the official said.
In reference to Phiri’s case, the officer said this could happen only if he fails to surrender his South African citizenship. “It is purely against the Immigration Act but I know it will be politicized [in Malawi],” noted the senior officer.
Botolo however maintained that Phiri only holds South African citizenship. “I wish to emphasize that he holds a South African passport and that through parentage, he considers Malawi and Botswana his homes too, he said. Phiri’s company, Khato Civils was awarded a US$500 million (MK400 billion) contract by the Malawi government for the Lilongwe-Salima water project- which the Malawi Law Society and Mkaka Construction have objected against saying it is meant to benefit a few and does not meet the required standards. The project is currently suspended.
In Botswana, Phiri has been linked to influence buying, which can be viewed by legislation as “corruption”. Recently Khato Holdings’ Civils Group CEO, Mongezi Mnyani disclosed to a local radio station, Duma FM that Khato Civils in Botswana paid a former minister around US$130 000 (an equivalent of P1.3 million) to “fast track” the registration of the company with the local procurement board.
“Yes, we pay for those services. It is on record…” Mnyani told Duma FM, adding that Phiri contacted an unnamed former minister who used his “administrative capabilities” to fast track the application for a permit with the Public Procurement Asset Disposal Board (PPADB).
“Why not engage them?” asked Mnyani. “It is a service that we pay for.” In Botswana, former ministers wield influence among civil servants and are often offered consultancy duties by sitting presidents.
Phiri also disclosed in a separate promotional newspaper advertisement that the Minister of Land Management, Water and Sanitation Services, Prince Maele also helped him expedite his application to Oodi sub land board for a change of land use after he acquired land in the outskirts of capital Gaborone- a claim Maele did not dispute.
In Malawi, Phiri told Malawi News that he has funded the party of President Peter wa Mutharika, the Democratic Progressive Party as well as the main opposition grouping and its leader Lazarus Chakwera. “You cannot do a project in an environment without knowing the technocrats, the politicians and the community, these are stakeholders…. We have to engage,” he is quoted saying.
INK Centre for Investigative Journalism, a non-profit newsroom produced this story. All views are ours. Go to our website: www.inkjournalism.org to see more of our stories. 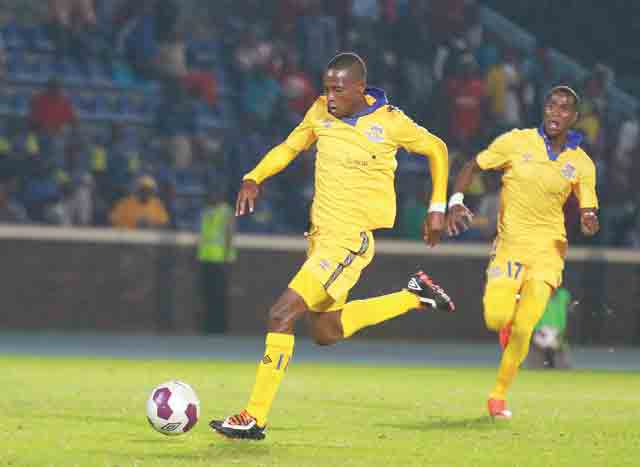