The Canadian consulting firm was paid to write what the planners instructed it to write, hence the veritable hell that traffic jams become around Gaborone CBD.

Our traffic problem is man-made. Our planners were warned that their out-dated planning would lead to the mother of all traffic jams. Some of them continue till today to force the wrong things and do it with pride and perseverance.

I was a reluctant contributor to the Canadian consultancy that had to advise the then city planners on how to create Gaborone’s CBD. The design of the CBD was the climax of their dreams and its planning allowed for skyscrapers as a status symbol for the capital city. The CBD was missed and they would do anything to make sure that it grew and prospered.

But the Canadian consultant and I advised against construction of a CBD. Canadian Consulting International was however told by the city planners that their advice was outlandish and irrelevant. They were paid a fee to write what the city planners instructed them to write! CCI was not allowed to advise and was strictly forbidden to argue or publicly express their opinion. Their contract stated that nothing would be aired in public. Every attempt to recommend a correct design was forbidden.

The CBD planners of the Department of Town & Regional Planning used a 50-year old template. Everything centred around the car as the ultimate status symbol. The CBD was for those that own a car. No footpaths, no cycling tracks and no dedicated lanes for public transport. Nothing could question the dominance of the car.

The planners hated non-motorised traffic. Some of them still glorify the polluting car and give it more space than human beings. Our planners still hate cycling. Walking is perceived as a socialist/communist idea that is best banned.

In Cape Town, when increase of land use is considered, the planners allow this enthusiastically but they demand one thing and one thing only. The developer is not allowed to allow for any parking whatsoever. I was allowed to build a 14-story hotel as long as no parking was provided. Cape Town forces people to use public transport while Gaborone is still worshipping the car!
In Gaborone, planners insist that for every 100m2 of commercial building, we allow for 2.5 parking bays or about 85m2 of space. When allowing for roads, this formula leads to a CBD where more space is set aside for vehicles than for people!

The 970,000m2 of land in the CBD could attract a potential total development of about seven floors and coverage of about 75% thereof. (Note that 100% coverage is allowed and a 30-story building was erected) Thus roughly 5 million M2 of retail and office space can be built.

When using the 2.5 cars per 100m2, a total of 125,000 parking bays are to be provided. All those magnificent steel boxes with four wheels will have to commute to the CBD on a daily basis. This means that just for the people working in the CBD, a total of 250,000 daily trips must be made in and out of the CBD, and all those trips have to be made in a period of about four hours every working day, as we all arrive and leave the CBD at the same time.

Simple mathematics told the then city planners that about 62,500 cars would need to enter or leave the CBD in one hour. That works out to 6,944 cars per hour for every lane into or out of the CBD. Taking into account that all those cars have to get onto the few roads adjacent to the CBD, robots would be required and that would further reduce the amount of time given to those 6,944 cars. If halving the time to allow for robots, we predicted that four cars per second must be able to leave on one lane! That is nowhere near possible but the then planners that were given such calculations laughed at the predictions and chose to disregard the simple maths and persisted in their madness.

The calculations were made assuming that not a single visitor would arrive during peak hours, but they do. If you allow for the anticipated amount of visitors who all go to the CBD by car, it is clear that the CBD must eventually suffocate under its own success.

I was listening to GABZ FM how the DJs were cursing the designer of the CBD for not giving them adequate parking spaces for their cars when trying to visit the new BURS offices. It was hilarious to hear that but deadly serious for the future of the CBD. 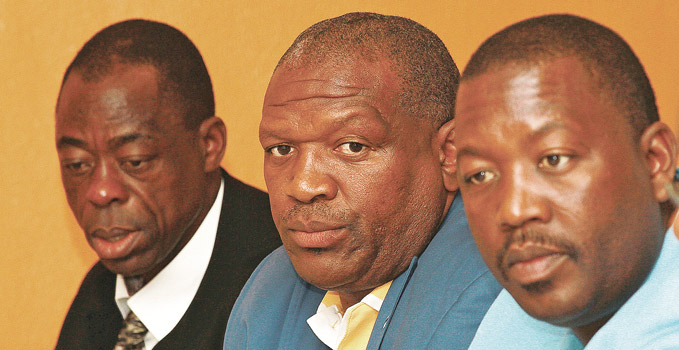