Although not illegal, shrewed businessman Ramachandran Ottapathu stratergically squeezes every thebe that he can through a chain of more than 20 companies most of which he has shares. It is easy, because CEO, Ram appointed these companies as Choppies suppliers. These outfits raked in over half a billion pula between 2017 and 2018 only from Choppies. Corporate governance and integrity are against such transactions. KEABETSWE NEWEL and TLOTLO KEBINAKGABO wade through Ram’s intricate web of wealth

A scrutiny of the Choppies 2018 annual report shows between 2017 and 2018, Choppies procured goods and services from around 35 companies which are listed in the report under Related Party Transactions. In all those companies, over 20 of them are directly linked to Chief Executive Officer (CEO) Ramachandran Ottapathu, who is better known as Ram, through shareholding, making him the largest financial beneficiary from Choppies. Records of the remaining few are either unavailable in the Companies and Intellectual Property Authority (CIPA) system or are owned by Ram’s business partners. Under Related Party Transactions, the 35 companies were paid aproximately P514 630 000 for supplying unspecified goods and services to Choppies between 2017 and 2018.

The Botswana Gazette has established that Choppies CEO, Ram, has shareholding in over 20 of these companies while the rest are owned by his business partners. Others had no records at CIPA but this publication has it on good authority that he has stakes in them.

President Mokgweetsi Masisi owns 10 percent while Ram owns the remaining 90 percent. The company was paid almost P9 million between 2017 and 2018.

The company is solely owned by Fasaay Investments Proprietary Limited, a company owned by Farouk Ismail, Choppies’s second largest shareholder and Ram’s business partner. Between 2017 and 2018, it was paid over P1.15 million by Choppies.

Ram co-owns this company with Sathyan Poolath Raghavan Nair. The company received over P5.7 million between 2017 and 2018.

( Share holding information unavailable from CIPA). Between 2017 and 2018, this company was paid over P6 million for the supply of goods.

The company, which benefitted P66 000 from Choppies between 2017 and 2018, is owned by Angrapa Proprietary Limited which belongs to Kamoso.

Its shareholders are Farouk Ismail, Ram and Avinash Kochaniyan Mukkapuzha. Between 2017 and 2018, over P56.6 million was paid to this company.

Nalamalapu Anji Reddy and Ajantha Proprietary Limited (which is owned solely by Ram) are shareholders. The company received over P846 000 between 2017 and 2018 only.

(its records are unavailable on CIPA). Information sought by this publication points to Ram having shares in this company. He however told this publication to check CIPA records. Between 2017 and 2018, Choppies paid I Qube around P93 million.

Nalamalapu Anji Reddy and Ajantha Proprietary Limited (owned by Ram) are shareholders. It was paid P297 000 by Choppies between 2017 and 2018.

The clothing retailer is owned by Rajesh Karunakaran Nair, Ram, Julian Kuracheril Mathew and Midhun Julian Mathew. It received P60 000 from Choppies between 2017 and 2018.

This company was paid P308 000 between 2017 and 2018. Its shareholders are Nalamalapu Anji Reddy and Ajantha Proprietary Limited, which is owned solely owned by Ram.

It is owned by Angrapa Proprietary Limited. Angrapa belongs to Kamoso. The company received P38 000 between 2017 and 2018 from Choppies.

Rbv was paid over P1.2 million by Choppies between 2017 and 2018. It is owned by Kamoso Africa Proprietary Limited.

Its shareholders are Nalamalapu Anji Reddy (25 percent), Ajantha Proprietary Limited (75 percent). Ajantha is owned solely by Ram. During the two years of 2017 and 2018, it received P4 000 for the supply of goods to Choppies.

(Shareholder records unavailable at CIPA). Between 2017 and 2018, Choppies paid the company P94.5 million for the supply of goods.

Nalamalapu Anji Reddy owns 25 percent while Ajantha Proprietary Limited, which is wholly owned by Ram, controls 75 percent. It received P64 000 for the supply of goods.

Related party transactions, the modus operandi through which these companies were paid, are those transactions through which Choppies directors, especially Ram as CEO and major shareholder, used the companies that he himself owns (and his business partners) to supply Choppies with goods and services. In simple terms, it means a director transacting with himself. As CEO, it was Ram who decided to appoint the companies in which he has shares to supply Choppies for a profit.

This publication sent a questionnaire to Ram in a quest to establish why Choppies chose to do business with around 35 companies the majority of which the CEO has a direct stake in. The Botswana Gazette further asked Ram whether Choppies being a publicly listed company, Ram sought the approval of shareholders and the board before appointing the companies which he has ownership in to commercially benefit from Choppies. Ram did not answer any of the questions, saying all the information is contained in the annual report. He also did not respond as to how as CEO, he minimises conflict of interest and favouritism when the companies he owns supply Choppies with goods and services. We raised questions of best corporate governance.

RAM, BOARD ADMIT TO POOR CORPORATE GOVERNANCE
In the report compiled by the then board of directors in 2018, it is stated that it is not a legal requirement in Botswana to provide such a report but in the spirit of good governance and in terms of the King IV code, it has been considered appropriate to issue this report (corporate governance). In the annual report, it is stated that in terms of the Audit and Risk Committee ( ARC) charter, the ARC found Choppies to have been deficient in good corporate governance as per the legal report which was presented to the Emergency General Meeting last year. Then, it was noted that there is an urgent need and requirement to overhaul the governance structure at Choppies to bring it up to international best practice standards.

The Choppies Board and CEO last year, having accepted this important recommendation, assigned this responsibility to the ARC and to report back on its recommendations for approval by the Board. Choppies CEO Ram also publicly admitted the corporate governance shortfalls and said he was willing to make ammends.

It is written in the Annual Report that the ARC found that Choppies lacked levels of authority (approvals framework, leaving all the powers to Ram). There was also a lack of a committee of the Board to act as a mechanism to evaluate and monitor business acquisitions and disposals, as well as the absence of a code of ethics and business practices and the re-assessment of the various Board committees, including their charters as a point of departure. Consequently, Choppies admitted and is currently undergoing restructuring to improve its corporate governance.

The Executive Director at Botswana Centre for Public Intergrity, Pusetso Morapedi, says though it could be legal, such transactions are unethical. She points out that the CEO also being a shareholder in a string of companies that supply the same company that he manages daily means he is conflicted. Morapedi says such a CEO has inside information and can always use it to exploit personal commercial benefits at the expense of deserving and competitive Batswana, especially in a public company. Further, she says prices can be inflated to ensure that such companies make a kiling from Choppies to maximise commercial interests.

An official at Botswana Unified Revenue Service (BURS) also says in such related party transactions, there is always conflict of interest. He says in such transactions, companies are always treated as independent legal entities but on the ground the proceeds will benefit the shareholder who may own or have a stake in all the companies. “Transactions are not done at the arms length principle,” sya the BURS official. “Prices can be inflated to deplete the revenue made by the supplying entity to end up declaring smaller taxes and to favour the related parties. There are possibilities that the companies can also be used to conduct transfer pricing.” 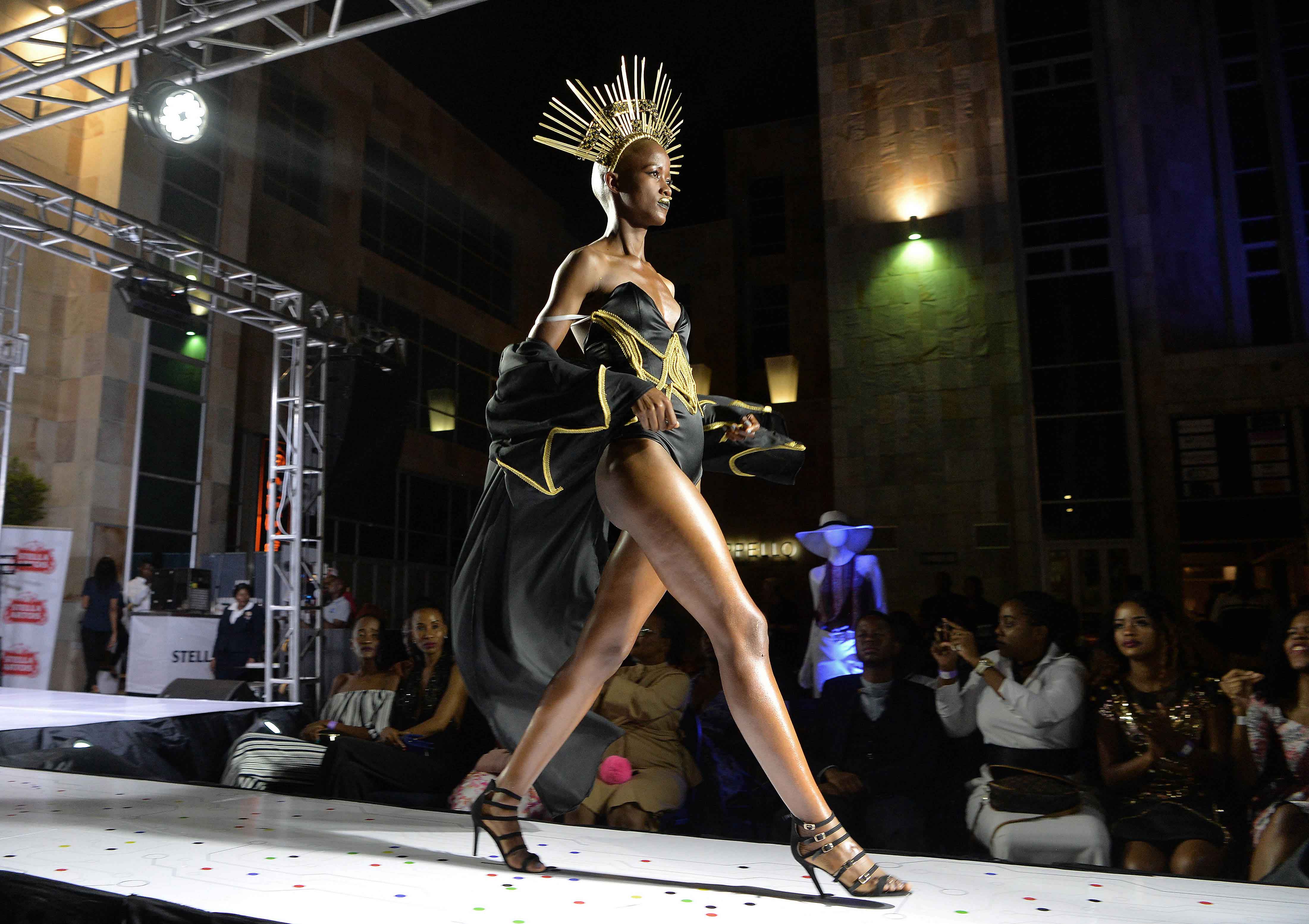