Saturday 9th July- that’s the date Ford will meet BMW to determine who the real king of spin is, the general of smoking doughnuts- and the baddest in an extreme sport of those with a surge for the adrenalin rush.
This year the Head2Head Botswana National Motorsport Championships is organized by Spin and Speed and sponsored by Bumper Boyz, Robot Auto, Twizza and Taurus amongst others.
As in the previous events the championships will take place within the renowned SNS Sports Arena in Mmopane, only a short drive from Gaborone and will start from morning until the sunset.
One of the organizers Mercy Mpai mentioned that the show stoppers of this event will include Eddy Rasta from Cape Town, Crazy White Boy from Potchefstroom and Ferozi from Polokwane.
The usually packed spin-fest attracts around 3000 electrified spectators from the capital city and surrounding areas every year. There are some hardcore followers who are said to drive from South Africa to see their favourite spin-masters entertain the crowd.
Also worthy of note is the Eagle Skydiving crew, which will open the event through spectacular stunts performed from the clouds falling to the pitch.
Featured activities include helicopter rides, PlayStation tournaments, kids’ corner, go carts and jumping castles for children. 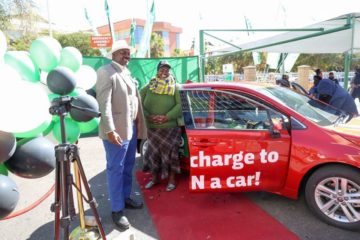