May 23, 2020 Admin
Home»News»Investigations»Tsogwane To Run Unchallenged for BDP Chairmanship
Investigations/News

The incumbent Chairman of the Botswana Democratic Party (BDP), Vice President Slumber Tsogwane, is likely not to be challenged for the party’s chairmanship ahead at this year’s BDP elective congress, sources say.

Though dates for the congress have yet to be announced, it has emerged that the party’s leadership most notably President Mokgweetsi Masisi, has a convergence of opinion that Tsogwane should maintain his position of party chairman. Infact, it is believed that the Central Committee (CC) of the BDP has reverted to the tradition of a sitting Vice President doubling as the party’s chairperson so as to better integrate party and government policy.

So far no one has shown any inclination to challenge Tsogwane for the chairmanship. “He is likely to go unopposed because no one seems interested in challenging him for the chairmanship,” a CC source told The Botswana Gazette this week. Tsogwane replaced Masisi, who had been in the position from 2017 to 2018, as party chairman in 2018 when Masisi became president.
According other sources within the party, former women’s wing leader Dorcus Makgato was exepcted to challenge Tsogwane. However, her appointment as Botswana High Commissioner to Australia last month effectively spelt an end to active politics for her. She was unavailable for comment on Monday morning.

Another potential challenger might have been the MP for Serowe West, Tshekedi Khama, but he got himself out of the running when he defected to the Botswana Patriotic Front (BPF) in October last year.

Meanwhile, sources say the Head of the Communications Committee of the BDP, Banks Kentse, is currently leading the race to challenge incumbent Mpho Balopi as Secretary General (SG).
“The only real challenge we are expecting is for the position of SG because some have come out and approached people for endorsements,” said one source who added that Kentse “seems to have the backing of President Masisi”.

But Kentse was hedging when reached for comment, saying although he had not given it thought, one never knew what tomorrow may bring.

Former MP for Mmathethe-Molapowabojang, Dr Alfred Madigela, is open about his intention to become the BDP’s next SG and has confirmed that he will run for the position. Reports have also say suggested that former cabinet ministers Boyce Sebetela and Shaw Kgathi, who is the current Deputy SG, are also in the running for SG, as is the BDP’s 2019 general elections campaign manager, Tebelelo Seretse.

For his part, Balopi described himself as a constitutionalist who “very much” believes in advancing the party’s interests. For that reason, he added, it is for the leadership of the party and fellow members to decide whether he should run for the position again or not. He once again denied any fallout with President Masisi.The BDP leadership met yesterday (Monday) for its first Central Committee meeting this year. 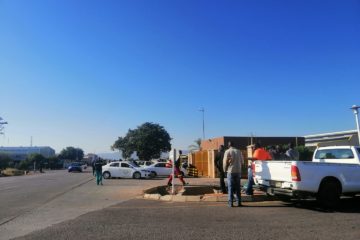