The University of Botswana (UB) Deputy Vice Chancellor Finance and Administration (DVCFA) Mendel Ngoni Nlanda has successfully interdicted his disciplinary hearing against his employer on conditions that UB has failed to levy the charges promptly, as required by Clause 2.3 of the Respondent’s Staff Disciplinary Regulations and Procedures and Section 26 (1) of the Employment Act.
Lady Justice Mathiba agreed that the matter was urgent and agreed to stay the disciplinary hearing pending the conclusion of the matter. UB was ordered to file its papers on the 8th November 2019, while Nlanda is to file his response on the 18th of November. The matter will be heard on the 22nd of November.

Details of the matter are such that, UB Council Chairperson Dr. Joseph Moeketsi Makhema, wrote to the UB Vice Chancellor Professor David Norris complaining that UB’s financial audits could not be finalised on the 23rd of November because the DVCFA and his team failed to submit cash flow projections to auditors.

On the 26th September 2019, Nlanda was slapped with a disciplinary charges letter, in which he charged with ‘willful neglect of duties’.
According to the particulars of the offence, on the 22nd November 2018, the UB Council directed the audit and finance committees of council to have a firm position of the University cash flow by the 5th December 2018. The disciplinary letter states that the Chairperson of the Audit Committee Verily Molatedi immediately instructed the DVCFA to ensure that the said cash flow is availed to members by the 26th November 2018, of which the DVCFA failed.

It further stated that on the 13th and 20th April 2018, the executive management resolved that all proposed procurement plans be tabled and approved at then executive team meetings for ease of budget monitoring. The Business services department under the supervision of the DVCFA, is said to have omitted to oblige.
“In his letter of 23rd September, the Vice Chancellor instructed you to convene Joint Negotiation Council (JNC) meetings and to mend relations with Unions. Notwithstanding this instruction, the DVCFA is said to have failed to comply.”

The DVCFA is said to further have held a meeting of the JNC in his capacity as the Committee chair and without authority from the executive management, where he resolved that all government directives on adjustment of salaries were binding to UB and should be implemented without variation. He is said to have resolved that a 3 percent salary adjustment be implemented inclusive of all arrears retrospective to 1st April 2016.

The disciplinary letter states further that UB on its 210th meeting resolved not to increase salaries because the University was in a bad financial position. Further the DVCFA is said to have disregarded the Legal Opinion tendered by the Department of Legal Services on the 13th April 2018 that the University was not linked to government directives.
Through court papers filed by his attorney,Uyapo Ndadi of Ndadi Law Firm, Nlanda was suspended from duty on the 8th March 2019. The court papers stated that from the reading of the suspension letter, the allegations against Nlanda reveal that complaints have been received from the Permanent Secretary, Director of the Department of Tertiary Education Financing and Chairperson of the Audit Committee about Nlanda’s alleged “persistent willful neglect of duty and refusal to take lawful orders…”

On the 27th September 2019, he received a letter containing all the charges proffered against Nlanda dated 26th September 2019. Ndadi argues in his founding affidavit that the offences contained in the suspension letter were offences which Nlanda allegedly conducted between the 8th September 2017 and 26 November 2018, stating that none of the alleged was committed in 2019.

The affidavit further stated that the charges that Nlanda was slapped with were known by the Vice Chancellor and even the Council Chairman as far back as last year. No charge relates to anything that he is alleged to have done this year or recently.

“In fact, the Chairman as seen from the email dated 28th November 2018, called for the institution of a disciplinary hearing against myself, Clearly, as at that time, if ever the Respondent formed the view that I committed any offence, the Respondent ought to have moved promptly,” Nlanda wrote in his founding affidavit.

Further, Nlanda argued in the court papers that he has a clear right, statutory and contractually, to have any disciplinary matter against him to be dealt with promptly.

He said failure to do so, the employer is deemed to have waived its right to take any action against him. He stated that Clause 2.3 of UB’s Staff Disciplinary Regulations and Procedures and Section 26 (1) of the Employment Act are instructive.

Since all the offences Nlanda is alleged to have committed have been to the UB’s knowledge, through the Vice Chancellor, from September 2017 to November 2018, the
employer has failed to promptly take the disciplinary action.

“ Even at the time of my suspension, in March 2019, the offences had long occurred. However, I could not challenge the suspension because it was devoid of specifics and dates,” he said in the court documents.

Nlanda declared that there is a reason for promptness and the reason in his view being that employees should not be made to answer to charges that have been overtaken by events and that employees may be prejudiced in their defence because of poor recollection of issues and peculiar circumstances.

“Despite regarding the offences as serious, my supervisor allowed me to work for over four months without taking any action. (that is to the point of suspension) This means that whatever I am alleged to have done was not serious at all or the Vice Chancellor

himself is complicit in my deeds and does not take his work seriously,” he said.
Nlanda’s contract is due to expire in November 2020. He said if the matter is heard in the normal course, from reporting the dispute to the Commissioner of Labour, all the way up to the Court of Appeal, the contract is likely to have run its course and reinstatement would not be available in law. Furthermore, he said since the position he hold is a key position, the UB, should he be found guilty and be dismissed, would naturally replace him, thus rendering reinstatement an impossibility as they can never be two Deputy Vice Chancellors, Finance and Administration.

“The members of the Committee are drawn from the staff that we the appointing authority supervise and have control over. In my case, since I am supervised by the Vice Chancellor and he is not a member of it, it means that all the members are my juniors and certainly the Vice Chancellor’s juniors,” he revealed. 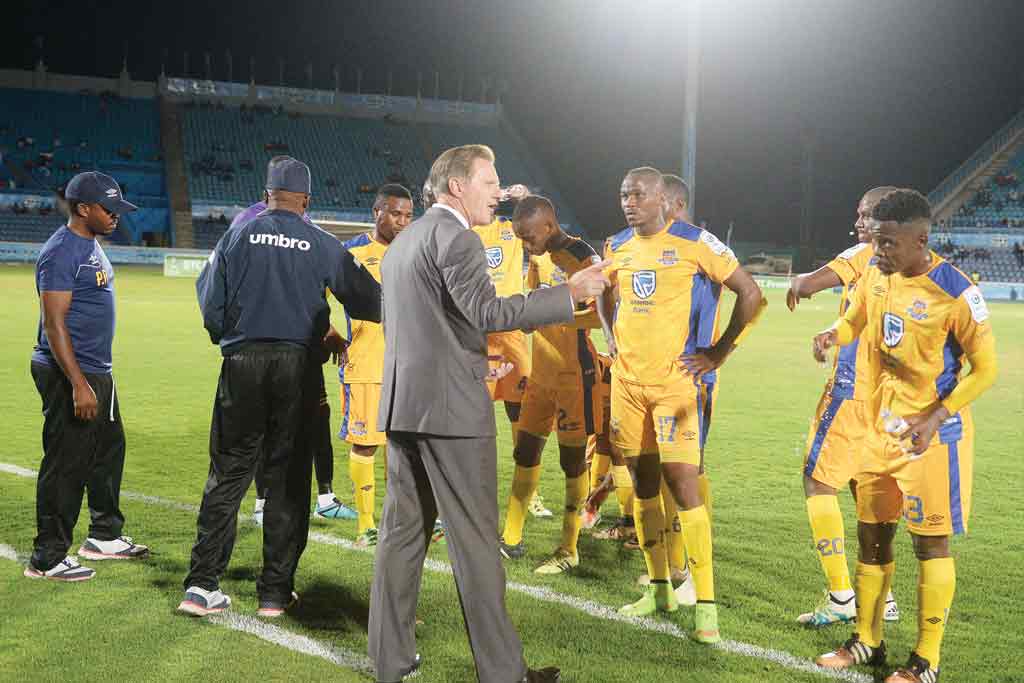