Fresh information reaching this publication is that the University of Botswana(UB)’s financial quagmire is far from over thanks to the continued drastic drop in student allocations by government which continues to cite lack of funds.
Last Tuesday university management called employees to tell them about the UB’s financial ruin, expressing fears that it may collapse. The university addressed workers on the declining number of students over the years which results to it not doing well financially. This led to some workers fearing for their jobs and that they might not even get a salary anymore according to sources. The university’s accounts department is also said to be desperate to balance its books and goes around to make sure student settle their debts.
The University of Botswana Academic and Senior Support Staff Union (UBASSU) chairman Kaelo Molefhe confirmed that university management called them to tell them about the university’s deteriorating financial status due to decrease in student allocation. He said they are worried about UB being left to collapse while private institutions blossom. The UB workers’ leader said they have met and decided to engage the authorities that are running the university.
“We want to meet with the university chancellor Mokgweetsi Masisi who is also the vice president. We want to know why the decline in student allocation while huge infrastructure at the university remains. We want to know why politicians continue to starve UB off students while giving bogus private institutions more students. We would like to know from the ministry then we will engage Masisi,” said Molefhe.
Last year Parliament Committee on Statutory Bodies and State Enterprises chairman Samson Guma lashed at government for “deliberately” starving UB. This year at the Public Accounts Committee (PAC) it emerged that the Ministry of Tertiary Education was failing to pay P500 million which was drawn from the UB reserves. The ministry had promised to  pay back the money. MPs at the PAC session lambasted the ministry for taking the university’s financial woes for granted by drawing from its reserves. They said this will impair it or even lead its to collapse. 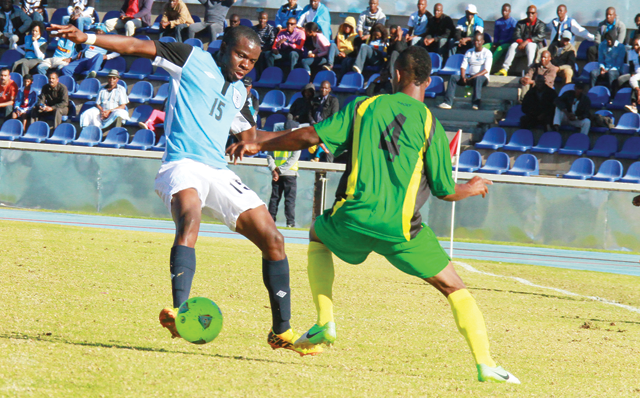