The conclusion of who is who in the Umbrella for Democratic Change (UDC) leadership hierarchy is far from over. While Duma Boko of the Botswana National Front (BNF) is sitting pretty as UDC president, there are conflicting narratives on who is the second in command at the troubled umbrella party.
The main contention is who, between Botswana Congress Party (BCP) and Botswana Movement for Democracy (BMD) presidents is more senior as they both occupy the same position as UDC vice presidents. While the nation has been sold the narrative that the BMD president is the first vice president while the BCP president is the second vice president, Dumelang Saleshando has come out to clear the air on the real position he holds in the UDC and his assertion is likely to rattle the BMD who have all along claimed seniority in the UDC’s two vice presidencies.
Speaking to The Botswana Gazette over the week, Saleshando said that as far as he knows, there is no such thing as first and second vice presidency in the UDC. ‘‘I have never participated in any meeting where it was decided that there be first and second vice president,” he said matter-of-factly.
According to the BCP leader, his party occupies the same status as the BMD and as such his vice presidency is on the same wavelength as that of BMD. The idea that BMD occupies first vice presidency emerged during the announcement of BCP’s return to the UDC early this year. Initially, it was speculated that the BCP would be given the position of Secretary General but during the announcement of its arrival at Oasis Motel in Tlokweng on February 3, UDC president Boko introduced the then BMD president Ndaba Gaolathe and BCP’s Saleshando as his two vice presidents. Saleshando argues that the idea that he was second vice president is just the creation of the media and not the position of the UDC. He said at no point has Boko ever alluded to him as second vice president or Gaolathe as first vice president. ‘‘In my meeting with Boko, Molapisi and Ndaba, we agreed that there be two vice presidents of equal standing but assigned different responsibilities,” he pointed out, explaining that proposal was that one of the vice presidents be assigned the duties of the Secretary General and the other vice president be responsible for policy and strategy. ‘‘As a consequence of this, the UDC would not have the position of Secretary General. The duties are still to be agreed upon,’’ he said.
The Francistown Meeting That Broke The Camel’s Back
The meeting that Saleshando refers to happened in Francistown and it is said to be the one that put the final nail in the coffin in Boko and Gaolathe’s relationship which had already deteriorated. As the four presidents, Saleshando of BCP, Molapisi of BPP, Boko of BNF and Gaolathe of BMD settled down to deliberate on how the BCP would be accommodated in the leadership structure of the UDC, tensions are said to have started mounting when it appeared to Gaolathe and Molapisi that Boko and Saleshando came to the meeting having already chewed the fat on what the BCP was going to get as ‘appeasement’ for joining UDC. It is alleged that disagreements ensued when Boko announced that he had decided to run with two vice presidents, Gaolathe and Saleshando, whereupon Gaolathe and Molapisi are said to have raised their objection to the arrangement. They are said to have complained that Boko was undermining their authority by deciding to make Saleshando a vice president before discussing the issue with them, saying they feel ambushed as the expectation was that Boko would consult them in the absence of Saleshando and get their views and input on the matter.
The meeting was apparently declared deadlocked but the UDC went ahead and announced a press conference to launch the new UDC that includes BCP. When it was clear Gaolathe and Molapisi would not attend the launch, the press conference was postponed to a later date. It later took place on February 3 at Oasis Motel in Tlokweng, when now some elders in the UDC had reportedly pressurised Gaolathe to cooperate and accept Boko and Saleshando’s proposition for the sake of opposition unity.
Speaking at the launch, Boko announced that he will have two vice presidents with different sets of roles, the chairperson and other portfolios in a 16-member national executive committee. He said they had also agreed to allocate 17 constituencies to Botswana Congress Party.
The constituencies are Ramotswa, Mahalapye West, Sefhare/ Ramokgonami, Palapye, Selebi Phikwe West, Selebi Phikwe East, Mmadinare, Bobonong, Francistown West, Francistown East, Ngami, Nkange, Nata, Okavango, Chobe, Maun East and Shashe West.
BNF was allocated 22 constituencies and BMD was given 14 while BPP got only 4. The BPP would later register its displeasure at the fewer constituencies they had been allocated, a grievance that has not yet been resolved and threatens the continued participation of the BPP in the UDC.

OP Roped in as Basarwa Flock back to CKGR

Clash Of The Advocates: Boko vs Pilane 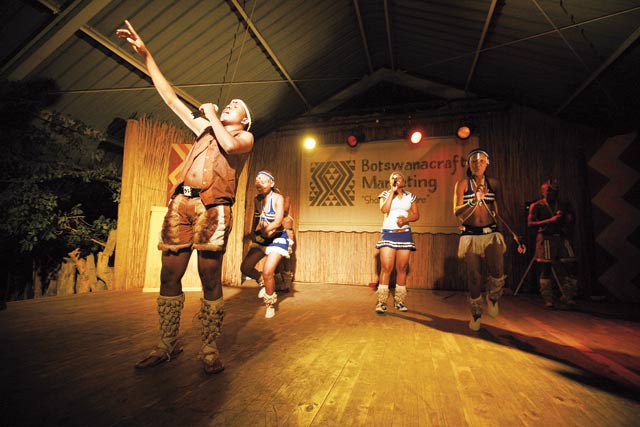