Umbrella for Democratic Change (UDC) Publicity Secretary  Moeti  Mohwasa says they together  with the Botswana  Congress Party will on the 17th  September  hold  a  march   to protest  against the  recently passed bill on the use  of Electronic Voting Machines (EVM).  Mohwasa said  the march,  to be held in  Gaborone , will also focus on abuse of state  media by the Botswana Democratic Party and the education crisis.
He said  that contrary to some comments that they did not want the  EVMs, the truth of the matter is  that they do not have  a problem with their use , but wanted safeguards included  in the Act for their satisfaction. Their conditions for acceptance of  EVMs  are  that the Voter Verifiable Paper Audit Trail (VVPAT) be incorporated into the electronic voting machine and   that there be a precinct  count optical scan  introduced as  well as  paper ballots.  He said only when their recommendations are included would they accept the use of EVMs.
Mohwasa  said their safeguards were informed by   experiences reported  from   the Netherlands, Ireland  Paraguay and  Germany  where the machines were banned:  “ EVMS were banned because they distort democracy, they can be manipulated and  hacked . That is why we are suspicious of these machines.” He added that it would have been more democratic for voters to be consulted before passing the bill.“A lot of people who will be using these machines have not been informed about them. How do we expect people to embrace such technology  overnight and express their decisions with when they have  not been consulted on?” he said, adding that the people should be  sensitized  and given time to  decide on the intentions   of government and reject the machines  if need be.
“This is part of  pockets of tactics that the BDP wants to put in place to ensure its continuity in power beyond 2019 because there is no doubt that they are aware that  they will lose the coming general elections,” Mohwasa said.
Meanwhile, the UDC and BCP are said to be preparing to take President Ian Khama to court should he sign the Electoral Amendment Bill into Law. Opposition parliamentary caucus spokesperson Dr Phenyo Butale  is quoted in the media saying the  bill amendment  was ultra vires to the Constitution of Botswana,. According to Butale,   to use  Electronic Voting Machines was in contravention of Section 32 (3)(c)  of the Constitution which states, states  that , “ where the parliamentary election is contested in any constituency, a poll shall be taken constituency at which the votes shall be given by ballot…” 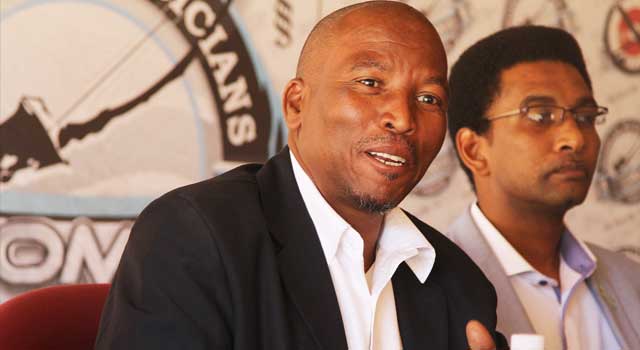