As the battle for constituencies looms at the Umbrella for Democratic Change (UDC), the president of one of the contracting parties, Botswana Congress Party (BCP), is still to decide on which constituency to contest in the 2019 general elections.
Dumelang Saleshando told The Botswana Gazette the issue was not a priority for him for now as he is preoccupied with ensuring stability in the UDC. ‘‘I am still to decide where I will contest. I am not in a hurry to decide,” he said.
The departure of Phenyo Butale after the Ndaba faction abandoned the BMD initially attracted commentary which suggested that, Saleshando, who was Gaborone Central MP for ten years before his 2014 defeat- would be brought back into the constituency after his party joined the UDC. However, the Sidney Pilane-led BMD has put out a statement insisting that it still holds the constituency through the incumbency rule and that it retains authority to replace Butale who is now secretary general for the newly formed Alliance for Progressives (AP).
‘‘Incumbency belongs to the parties and not to individuals. That is, individuals are free to leave their parties anytime they wish, but the ward or constituency remains with the party it was allocated to. This form of incumbency was adopted during the recent negotiations that ushered BCP into the UDC’’, reads part of the statement issued by BMD Vice President Dr Tlamelo Mmatli.
This statement comes in the wake of allegations that some councillors who defected from the BMD joining BNF and BCP harbour intentions of representing their new parties via the incumbency principle in 2019. Mmatli however said those who defected would be replaced as the constituencies do not belong to them but the BMD. This makes it unlikely that the party will also surrender Gaborone Central as well as Wynter Molotsi’s Francistown South- constituencies the BCP, through Saleshando and Mamela respectively, was rumoured to be interested in.
A member of the BMD National Executive Committee (NEC) who spoke on condition of anonymity told this publication that his party is not willing to ‘‘donate any of our constituencies to the BCP’’. He said where they lost incumbent MPs who have since joined the AP, they will find replacements within their party. He said BMD is ready to fight tooth and nail to ensure that the principle of incumbency is adhered to, reiterating Dr Mmatli’s view that incumbency was allocated to parties and not individuals. ‘‘Those people left the BMD and did not leave with the BMD’’, he said.
The UDC is currently embroiled in disagreements over constituency allocation, with the Botswana Peoples Party (BPP) having formally launched a query over the number of constituencies it was been allocated. Out of the 57 constituencies, the BPP was allocated only 4 and out of these, 2 of which are  in the BDP’s stronghold of Serowe. 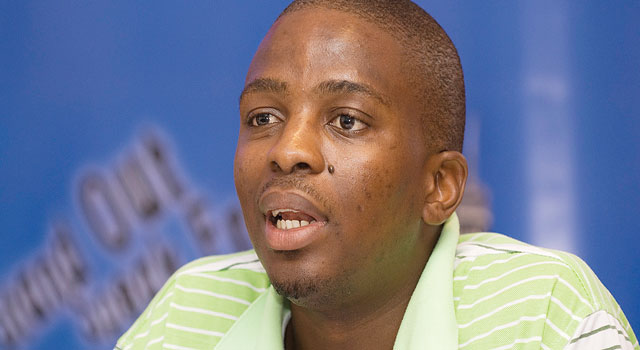