May 24, 2020 Admin
Home»News»Investigations»Underfunded countries home to 32% of endangered mammal
Investigations/News

According to the latest edition of the Global Ecology and Conservation Journal, assessment in to financial contributions of countries through funding for domestic and international conservation efforts shows that the 40 most under-funded countries were home to 32% of threatened mammals.
The study illustrates inequities among countries in their contributions to the conservation of megafauna, and establishes a mechanism for handling that aspect of biodiversity as a global asset and a shared responsibility.
“Given the level of threat posed to megafauna, we expected funding to have a significant bearing on the conservation prospects of those species. We used data from on the financial contributions of countries to conservation and adjusted that for national wealth by expressing the sum of the domestic and international spending as a percentage of national gross domestic product (GDP) in international dollars to make it comparable across countries,” the report read in part.
The study also shows that, despite its economic and political challenges, the African continent as a whole is the region of the world most committed to conservation.
In contrast, the report found that around a quarter of countries in Asia and Europe were classified as major under performers, who should be doing much more to protect their fauna. Botswana was ranked as the most committed to conservation in the world for its efforts to conserve megafauna. “Fifty-six countries contributed less than the average, with 28 ranked as below average performers and 28 ranked as major under performers. The remaining 96 countries were above average performers, with 19 ranked as major performers. Botswana ranked the highest followed by Namibia, Tanzania, Bhutan and Zimbabwe.”
According to the researchers, the reason why poorer nations are, on average, doing better to protect their larger animals is not simply because they are more likely to have the megafauna survive within their borders, as the index takes into account money spent on international conservation. They said they suspect it could be because these nations tend to value their wildlife more. Tourism, for example, often makes up a larger proportion of their GDP. The team hopes that their score will become an annual measure of what each country is doing to protect their wildlife and that nations will strive to improve each year.
According to the new study, the team used three main measures to assess how much each nation was committed to conservation. Firstly, they looked at how much of the country is occupied by the megafauna. They then assessed what proportion of the large animals’ ranges were within protected areas, and then finally they analyzed how much money each nation was spending on conservation, both domestically and internationally relative to their GDP.
The study was carried out by a research team at Oxford University’s Wildlife Conservation Research Unit, in conjunction with conservation organization, Panthera. They constructed a Megafauna Conservation Index (MCI) of 152 countries with the aim of assessing each country on how well they preservr their largest wildlife.
Since a large number of the biggest animals such as gorillas, elephants, and tigers face extinction, given the fact that they often play a critical role in ecosystems, the researchers decided to dedicate their primary focus on them.

Internal Control Systems and the Crash of Air Botswana-Part 2 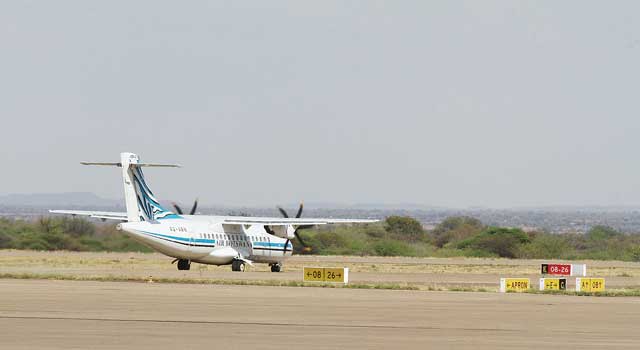