FRANCISTOWN: A Botswana Democratic Party (BDP) Task force that was appointed to probe the recent Phillip Matante ward by-election has turned up findings that party members were against the candidacy of Peter Nare, The Botswana Gazette has been informed.
The findings come after the BDP lost the hotly contested ward to Umbrella for Democratic Change’s Uyapo Nyeku despite a massive campaign. Lead by Tosh Kgotlele, the Task Force was sent to establish among other things why BDP lost the ward despite using a lot of money and resources compared to their counterparts, the UDC. Besides this, according to insiders, the Task Force was curious why the party lost despite recruiting a lot of eligible voters from the Botswana Movement for Democracy (BMD) in the ward.
However according to the insiders, the Task Force has established that top of their blunder was allowing Nare to contest the primary elections, something they believe contributed to all internal squabbles that rocked the party during the preparations of the election. According to the sources, the findings of the Task Force show that party members were aggrieved by Nare’s candidature because they say he was not yet a full member of the party.
The Botswana Gazette understands that Nare dumped the BDP prior to the 2014 general elections protesting primary elections, eventually standing as an independent candidate eventually losing. He later applied to rejoin the party and was awaiting formal receipt.
This development, according an insider, contributed to Phillip Matante loss because the electorates were against his candidacy from primary elections: “When Nare was allowed to contest the primary elections which he eventually won most of the electorates did not take this kindly because they believe that only loyal party activists should be allowed to take part. So his win alone opened a can of worms because the electorates wondered why he could be allowed to contest while he had not yet been welcomed to the party…So this is what the Task Force established during the interrogation of the campaign teams and electorates.”
Further, according to other sources most of the electorates doubted Nare’s capabilities and felt that he did not deserve to represent the party hence the decision to endorse the UDC candidate during the campaigns.
Efforts to solicit comments from Kgotlele were futile as his mobile phone was unreachable. 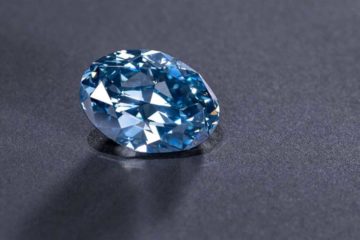