The Botswana Democratic Party (BDP) Chairperson, Slumber Tsogwane summoned the Nata/Gweta branch members to a strategic meeting to plan for the imminent fall of the area Member of Parliament (MP) Polson Majaga, The Botswana Gazette has learnt.

The meeting, which took place last week Saturday in Nata, was aimed at strategising towards Majaga’s exit.

Tsogwane was accompanied by the BDP Central Commitee’s Simon Mavange, according to a leaked BDP communication to the Nata/Gweta Branch. Also in attendance was the North East Regional Committee, the Inner Executive of the Nata-Gweta branch and all Councillors of Majaga’s constituency.

It is said to have lasted for about four hours. At the gathering, Tsogwane informed party members that a time has come for the party to prepare for Majaga’s possible exit, to avoid being caught off guard.

Also the Botswana Vice President, Tsogwane is said to have told the throng that the BDP has decided to suspend Majaga until he clears his name against the allegations. In an interview, Majaga said he was aware of the meeting. However, he said he was shocked by Tsogwane’s decision to push for his downfall.

“This is shocking coming from an elder and Party Chairman,” he said, adding that it’s unfortunate because there is nothing he can do.

The Botswana Gazette found that among the attendants was Majaga’s rival, Lawrence Ookeditse who is the BDP’s preferred candidate to take over the constituency. The duo’s rivalry is an open secret. They are known to be throwing jabs at each other.
In an interview with this publication, the young aspiring MP, Ookeditse said he was not ready to engage on the matter choosing rather to say “my interest in the constituency precedes the current situation but right now my thoughts are with the parties to this matter as no one wants their issues laid bare in public.”

At the same time, he said since a minor is involved in the allegations, she must be protected, just like any other minor.
Majaga was arraigned on charges of defilement before Nata Magistrate’s Court last month.

The BDP consequently released a statement that announced Majaga’s suspension for 60 days to enable him to clear his name in the wake of the charges leveled against him.

“As a party that respects and upholds the rule of law, the BDP will allow Majaga to deal with the charges without prejudice and allow for completion of the process of the law,” read the statement from the party.

Majaga has allegedly impregnated a minor at Malelejwe, a settlement in the legislator’s constituency. He has since denied the defilement allegation labelling the case a witch-hunt by those who deeply loathe him in the BDP. 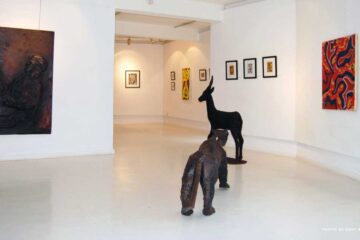