With its elective congress billed for December 2019, the sitting central executive committee (CEC) members led by Secretary General Ketlhalefile Motshegwa and President Thatayaone Kesebonye, are accused of having mismanaged close to P6 million in union funds.

However, they counter-argue that the union will soon be making around P10 million annually as proceeds from investments they made from the very funds they are said to have mismanaged. Sources within the Botswana Land Boards and Local Authorities Workers Union (BLLAHWU) structures have queries over funds close to P6 million which they claim may have been misappropriated. They have told The Botswana Gazette that under the stewardship of BLLAHWU President Kesebonye and Secretary General Motshegwa, a commercial plot belonging to the union, located in Mogoditshane, was sold by the CEC for around P6 million which was invested in what they call a ‘white elephant’ soap and detergent manufacturing plant in Tlokweng. What worries them the most is that it has been more than two years since that investment was made but there are no dividends from it.

According to sources within BLLAHWU, the CEC did not properly inform the union structures of their investment decision and that regional leaders were never made aware of the plant.

“At our Annual General Meeting (AGM) in 2017, it was agreed that regional leaders would go and tour the plot in December. That failed. The same resolution was raised again in 2018. The plot was only toured in September this year and it was not operational. It was empty,” said one member within the union structures.

The Botswana Gazette sat down with both Motshegwa and Kesebonye who both said the allegations are being peddled by union members with interest in CEC positions and now want to discredit the sitting members who are re-running for elections.

Regarding the Mogoditshane plot, Motshegwa and Kesebonye said it was rented out to a pre-school at P20 000 monthly. “However, Kweneng Joint Venture came and proposed to buy it. They also had an option of partnering with us and contributing P300 million for development. Our land was valued at just less than P4 million and we decided against that partnership because we would become so insignificant as a shareholder that they could easily force us out. We then negotiated and sold the plot at P6 million, which was P2 million above the market price,” Motshegwa said.

His colleague, Kesebonye said while some members complain that the CEC had not sought permission from the union members, the union constitution empowers the CEC to sell or buy movable or immovable assets in the best interests of the union. “However, we did not take advantage of the powers bestowed upon the CEC by the constitution. We wrote to the governing council and informed all regional chairpersons. Transactional and valuation reports were availed to the members,” he said.

While the complaining members hold the view that it has been more than two years since the investment, Kesebonye said a due diligence process was followed which was aimed at establishing the feasibility of the project.

“We engaged Adhawk to conduct the due diligence as per our internal control requirements, which led to delays. Currently we have satisfied all the processes. Our delay was in getting a plant manager with the requisite skills from India. We needed to sort out the paperwork with the Immigration Department and are almost done. We have also placed orders of raw materials in preparation to commission the plant. Soon we will be operational,” Kesebonye said.

To the view that the plant is a white elephant he said they have even signed contracts with Choppies Superstores, Kgalagadi Soap Industries (KSI), Pick N Pay and the World Group to supply them with the detergents and soap.

“We will also be supplying hotels, restaurants, government hospitals and schools,” he said, adding that projections show that the plant will earn the union P9 million to P10 million annually. 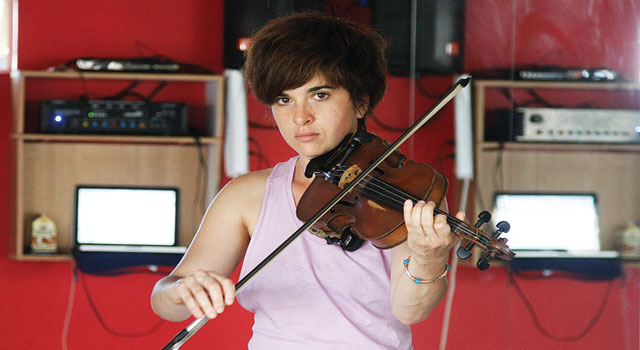