Some members of the public have affirmed water contamination concerns recently raised in an article by this publication- after some evidence emerged from water purification factories that from time to time “a rusty brown substance” is tossed out of purifiers and could contain harmful substances.
This is despite these concerns offending the Water Utilities Corporation (WUC) who replied in a feisty and PR-isque press release alleging that the story by The Botswana Gazette, a newspaper, was “a sales pitch for some water purification gadgets which supposedly can treat water, already treated by WUC”- instead of expressing interest to follow up concerns in the interest of the public where they exist. The corporation also said the article constituted ‘fear mongering’.
In fact, another water purifying factory voluntarily contacted this publication following the story, saying “Tap water is really dirty. The Total Dissolved Solids (TDS) for tap water in Gaborone is never the same, when it is really bad the TDS goes over 140 while purified water can have TDS of 0.5 on average.”
Other concerns were registered in The Botswana Gazette Facebook page, with other people leaving comments affirming the same concerns raised in the initial article. The comments are reproduced verbatim at the end of the article.
WUC however continues to dismiss these concerns as it said in its recent response that it would “Never knowingly expose water users to any water that does not meet the set standards. During the course of its operations, upon suspected pollution of the raw water or detection of any harmful substances in its water, it is the Corporation’s policy that the source under question be isolated and other sources of water be used or special treatment be introduced to treat the water to an acceptable drinking standard,” it said.
Asked to comment on the issue, Ministry of Health and Wellness Chief Health Officer, Abia Sebaka refused to give their position on the matter. “We cannot comment on allegations. However, the ministry conducts water quality and safety monitoring in collaboration with the local authorities, countrywide. The quality and safety of the drinking water is assessed against the National Standard BOS 32:2009 and ‘many’ districts country-wide have acceptable levels of water quality,” he said.
He said tap water was always monitored for compliance as it was a highly contaminable commodity and that past compliances were unreliable. “Currently, the water from taps is safe to drink. Most contaminations are a result of misuse or improper handling by consumers or through self-stored water in private reservoirs or tanks.”
Asked if they experienced any challenges in ensuring water safety, Sebaka said their only role was to monitor the safety and quality of water provided for public consumption.
Attempts to get clarification on whether tap water is safe for consumption from Botswana Bureau of Standards (BOBS) when we first ran the article also prompted an unclear response as they said that revealing such information to a third party was not allowed as it was “confidential.” 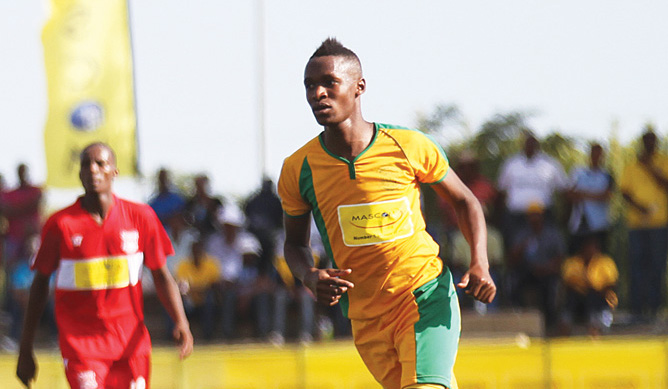