November 26, 2020 Admin
Home»News»We are not poaching members within the UDC – BPP
News/Politics

We are not poaching members within the UDC – BPP

The National Organising Secretary for Botswana People’s Party (BPP) Botho Seboko denied accusations that the party is recruiting members from Umbrella (UDC) partner parties. Speaking in an interview with The Botswana Gazette last week, Seboko criticised as “jealous BDP members masquerading as UDC members” the people suggesting that the party was engaged in an intra-Umbrella recruitment drive, “I have the data base of all our new members, and I can assure you that there is no one who comes from any of our contracting partners. It is only political jealousy driving these issues, but as for us we will not be deterred from achieving our goal,” he said.

He cited the example of Rasina Winfred Rasina who he said was not a member of any party by the time he asked for BPP membership. Seboko said that while his party will screen joining members to guard against instability for the UDC, it was welcoming anyone asking for membership without fear.“As the BPP we believe in working hard towards taking power in 2016 under the UDC, we do not just want to be passengers. We have realised that our policies are not represented enough under the UDC, and that we can only achieve through regrouping and rebranding. We don’t want to be seen enjoying the success of the UDC in 2019 when we have not played a part or contributed. That is why we are out and recruiting members to grow our party which has been in slumber for many years,” Seboko explained.
BMD Secretary General Gilbert Mangole however said he was not aware of any complaints from any of their regions about the BPP poaching their members. He said Umbrella parties had a standing agreement that they would not poach members from each other; even though he said the parties could not stop members from defecting between themselves.“It is up to individuals; if they feel they can serve the UDC better under any party of their choice they are free to do that. Since we have no official complaints from any region concerning this issue, we will stay alert and keep a keen eye in case anything of that sort is reported; the issue will be given all the necessary attention it deserves,” he said.

We are not poaching members within the UDC – BPP 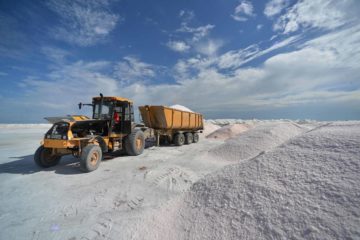