PALAPYE: Botswana Mine Workers Union (BMWU) says it will not leave any stone unturned in making sure that the ruling Botswana Democratic Party (BDP) loses in the looming Boikago/Madiba by-election in Palapye.
Speaking during the launch of BCP’s Boikaego/Madiba ward candidate, BMWU Secretary General Mbiganyi Ramokate, said their decision to help opposition parties win follows the provisional liquidation of BCL and Tati-Nickel in Selibe Phikwe  wich saw over 5 000 mine workers losing their jobs.
“Considering how the current BDP government handled the issue of closure of these mines, we are adamant that they do not care about the lives of many Batswana who lost their jobs. Besides BCL and TNMC issue, for a long time this government has been giving us cold shoulder when we engage them about the welfare of miners. So we want to help the opposition to topple this current regime because we are now fed up. We are going to start by de-campaigning the BDP in this election Boikago/Madiba bye-elections scheduled for this coming weekend,” he stated.
Speaking to The Botswana Gazette after the rally, Ramokate said while this decision was not taken at council, BMWU leadership decided that this was a good course of action considering the development of mine closures last year.
“We realized that it has now become a trend for this BDP regime to ignore the challenges besieging the mining industry. What also frustrated us the most is that all the BCL and TNMC executive were given their packages while our members were left in the lurch. By de-campaigning BDP maybe its leadership will realize that they should not take workers lightly like they have been doing all along,” Ramokate said. 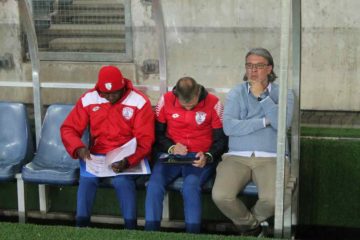