An exclusive interview with Gilbert Mangole

In an exclusive one-on-one with the Gazette, the seemingly rouge Gilbert Mangole, Botswana Movement for Democracy (BMD)  Secretary General  has been accused of destabilizing the party  but  he asserts that he  will not  be silenced by the same attitude that he left the Botswana Democratic Party  for.
He says the counterproductive sentiment that the president should not be challenged is the reason why some of the party  members tend to  resent him.  He said contrary to allegations  spread by the anti-Pilane camp, that Advocate Sidney Pilane joined the BMD to destabilize because of his links to the  Directorate of Intelligence and Security (DIS),  fact of the matter is that the camp is fearful that Pilane will eventually  challenge president Ndaba Gaolatlhe for the presidency.
“One of the issues that agitated us  to leave  the BDP to form  the BMD was after  party chairmanship was reserved for a certain individual and that  no one should challenge that particular person. We left because we believed that the setup was  unacceptable in a democracy and thus  any one who so wishes to contest  for  the chairmanship  had the right to do so,” he explained.
Furthermore, he said he left the BDP because he  did not condone  a situation where a congress would  be called , executive committee elected and then a party leader taking a  decision not to support the elected because  it would not  be who he anticipated to win.” This is exactly  the same situation we find ourselves in at the BMD. The leader has taken a decision to surround himself   with the group that lost at last year’s congress and vowed to frustrate the elected. What is the difference between that  and what President Khama did at the BDP?” he asked rhetorically, “ I do not support Pilane, I support a principle.”
Responding to allegation of destabilizing the party, he responded “ Those who say I cause chaos in the party, clearly do not understand the workings of the  BMD constitution and I realize unfortunately  a lot of BMD members, including those in leadership  are clueless about the constitution of the BMD,” Mangole explained. According to him,  he is simply performing his duties as the party  SG  per the Constitution.
According to Mangole,  people who cast aspersion towards him are those who lost the  positions they contested for  supported candidates  at the party’s National Congress that was held in Gantsi last year July. “ Instead of accepting defeat and acting like democracy, they vowed publicly that  they will not accept the current NEC and will thus make  it a point to frustrate it in executing it mandate. And this is what they are doing today,” he maintained, adding, “ it is  Gantsi  bitter losers  who have retained their bitterness and Facebook politicians who have no idea what is happening on the ground  and have lost touch with reality  with the functions of  BMD membership who are busy attacking me.”
“I am not a politician by chance, mistake or  a sympathy vote  from   some event that  took place; and I understand fully what this fracas is all about ” the agitated Mangole said.
On calls for the party to expel  him, Mangole  said he was unshaken by such calls, because  no one other than a congress  can fire him from the party. The SG said he was confident that should a congress be convened any time, he will overwhelmingly retain his position. 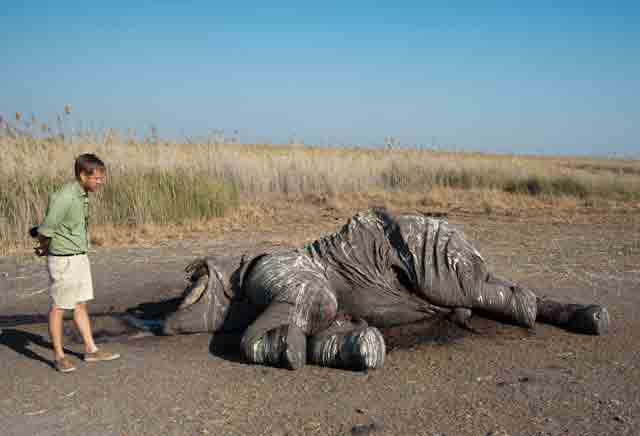