Who Advised Kgosi on PAC?

The refusal by Directorate of Intelligence and Security Services (DISS) Director General, Isaac Kgosi, to answer the Parliamentary Accounts Committee (PAC) questions about the National Petroleum Fund (NPF) claiming they are sub judice as they are before court- has set tongues wagging on who his legal advisor is.
This is after a representative of the Attorney General (AG), Nchunga Nchunga, differed with Kgosi saying the PAC was actually empowered and safe to discuss the issues, contrary to claims that the matter was “under judicial consideration and therefore prohibited from public discussion elsewhere.”
The sub judice rule is part of the law relating to contempt of court. The rule governs what public statements can be made about ongoing legal proceedings before, principally, the courts.
The basis for the sub judice rule is that it is the role of the courts to deal with legal issues that are before it. The courts’ role should not be usurped by others making public statements about how these issues should be dealt with. The problem with the rule is that it is not limited to parties in a case or their lawyers but also applies to the public and to statements by public officials.
A legal practitioner informed this publication that Kgosi, it appears has been advised that comments or concessions can determine the strength or weakness of a party’s case, as well as his comments on witnesses or evidence in a case.
Kgosi declined to agree with the Attorney General who is the legal advisor of the DISS. He repeatedly told the PAC that most people who are pushing him to answer  questions will be nowhere to be seen on the day he will be in court. The question now is who advised Kgosi. He has been close to two advocates Advocate Sydney Pilane and Sadique Kebonang; The former a respected and experienced lawyer in the country and the latter a close associate.
Pilane says he was introduced to Kgosi by Kebonang in 2014 after Kebonang called him and said that he had a client who needed legal advice. The client was Kgosi- who told Pilane that he needed advice in a Directorate on Corruption and Economic Crime (DCEC) corruption case.
Asked about whether he is the one who advised Kgosi in the PAC matter, Pilane said no.
“No sir, Mr Isaac Kgosi has not spoken to me, nor has he sought my advice in relation to his appearance before the Parliamentary Accounts Committee. As I understand it, his appearance before the PAC relate to matters to do with his official capacity as Director General of the DIS and not in his personal capacity. In that event, he would seek advice from the Attorney General and not from a private lawyer,” Pilane said adding that if Kgosi sought legal advice, he did not get it from him.
Kebonang seems to have fallen out with Kgosi. In his submissions before the PAC he portrayed the DISS as a monster organisation feared by everybody including himself and ministers.
“Almost all cabinet members fear Directorate of Intelligence and Security Services (DIS) including some of the ministers…Even you as members of the PAC have expressed such fear as per the media reports we have seen recently,” he said. Sources say the result of the fallout stems from the deal that has evidently gone wrong. Kebonang’s testimony at the PAC also implicated former president Ian Khama who could be called before the committee.
Partner at Chibanda Makgalemele law firm, Mercia Makgalemele who in the past represented Kgosi in some matters said did not advise Kgosi on PAC matters. “We normally don’t discuss our clients matters with the other parties but the truth of the matter is that we have never advised him on any matter before the PAC,” Makgalemela said.
In an interview with this publication Kgosi declined to share whether he engaged a private attorney or not but said he was ‘not dumb’ not to know about the sub judice rule. “Why do you want to know. Am I dumb not to know that you do not discuss matters under judicial consideration?” he charged.
Another lawyer, Parks Tafa who is known to be close to Kgosi’s former boss, Ian Khama, said he was not in a position to divulge whether he advised Kgosi or not. “Even if I did, I would not be able to share that with you. That is attorney-client confidentiality.” The former president’s handlers are said to be doing all they can to protect him from giving evidence. Kgosi has himself declined to shed any light about the involvement of the former president in the matter in what pundits say was a calculated move to prevent a scenario of Khama being summoned by the PAC.
The PAC has resolved to write a letter to the Speaker of National Assembly, Gladys Kokorwe to evoke Section 13 of the National Assembly (Privileges, Immunities and Powers) Act to force to Kgosi to answer its questions. Kgosi refused to answer many of the committees questions claiming they were either classified or sub judice.

Who Advised Kgosi on PAC? 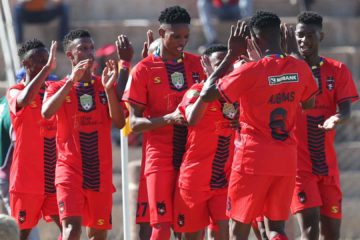