They want to silence Khama from criticizing Zimbabwean leaders

The Zimbabwe African National Union – Patriotic Front (ZANU–PF) Patriots, a division of the country’s ruling party, has blasted former President Ian Khama’s leadership qualities saying they are amongst others influenced by his failure to marry. Speaking at a rally recently, the officials said Khama claims he can heal or fix Zimbabwe “when he does not even have the courage to tell a woman that ‘I love you’”.

“Zimbabwe is above that level, we have better things to think of,” the ZANU-PF Patriots further attacked Khama racially, accusing him of being confused on whether he is black or white. Former President Khama has been the Zimbabwean government‘s loudest and courageous critic even before his retirement.

He once ruffled diplomatic furthers after he called the late Zimbabwean president, Robert Mugabe to step down due to old age saying he has also overstayed his welcome. ZANU-PF Patriots are developing into the party’s attack dogs. It is not only the Botswana authorities who are on he receiving end. Recently they at-tacked South Africa saying SA does not have an overseer role to play with Zimbabwe further warning against forces seeking to destabilise the ANC and other liberation movements in the region.

This came a week after a delegation of the ANC, led by secretary-general Ace Magashule jetted to Zimbabwe to engage ZANU-PF on a number of issues plaguing the neighbouring country, including the decline of the economy and claims of a purge against government opposition members and journalists.

The group said it was decided during a meeting that in a diplomatic sense, South Africa was in no way linked to Zimbabwe and had no mediatory role to play. Pressure is mounting on President Emmerson Mnangagwa to fix the Zimbabwean economy amid protests suggesting that his predecessor, Mugabe was even better than him.

Efforts to get a comment from former President Khama were futile at the time of press, however should he respond this publication will publish his reaction. 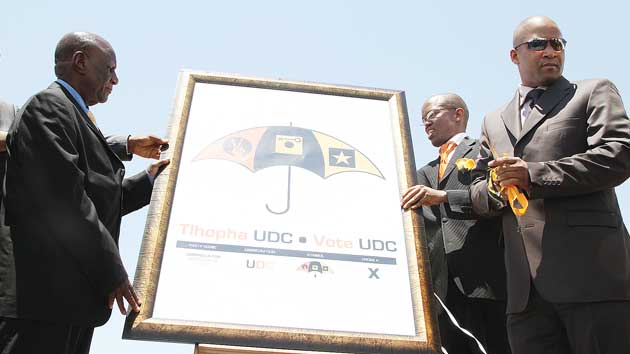