Reports that the current Number Two does not enjoy respect and support of his juniors or that he is somewhat the weakest link in the ruling party amour are not unfounded. While experienced, Vice President Tsogwane has been overruled by the Speaker during the past and current Parliament, especially on Points of Orders and Procedures. Even so, it is not too late for Slumber Tsogwane to redeem what is left of his image.

The Vice President Slumber Tsogwane has been making irksome headlines since the 12th Parliament started. He was appointed by President Mokgweetsi Masisi and endorsed by Parliament in April 2018, more than a year before the dissolution of the 11th Parliament. So it is about two years since he assumed this role of Number Two. There seems to be some opinion that the Vice President has not conducted himself in a manner befitting his office, especially in Parliament.

In terms of the Standing Orders of Botswana Parliament, the two titles are used interchangeably. Government is constituted through the universal adult suffrage of one man, one vote following promises made largely through election manifestos. So once elected, the governing party has to make sure that its pledges are translated into public policy through codified and formulated policies, laws and other decisions. So any government proposal in the form of bills, draft policy ideas, development plans, statutory instruments, and regulations under Acts of Parliament tabled by ministers fall under the category of Government Business.

It is the Leader of Government Business who is responsible for management and scheduling of matters concerning the government. This management includes the order in which Government Business is to be dealt with and dealing with hurdles to the Business, which may include negotiations with the backbench and the Opposition. The other most important thing in the management is time allocation to debates on Government Business such as the State of the Nation Address, the Appropriation Bill and development plans. The Leader of the House is traditionally the one who whips his MPs into line, including making sure that they toe the party line.

Past VPs like Festus Mogae, Peter Mmusi, Lenyeletse Seretse, Ketumile Masire and Ian Khama had ministerial responsibilities. Mompati Merafhe, PHK Kedikilwe and MEK Masisi (although he was responsible for education for a short while) had no such responsibilities. It has been common for the President to assign to his deputy some special responsibilities such as management of projects or job creation. No one has ever seen key performance indicators against which to hold VPs accountable on these assignments. So there is a question on the assignments of the current Number Two. What is his specially assigned role?

In terms of the Constitution and the Standing Orders, the President is an MP and can attend Parliament and debate or participate by way of voting. However, all past presidents hardly exercised this right regularly. It has become a tradition that the President delivers his State of the Nation Address and disappears. He does not sit to listen to deliberations on the same and does not have to respond to MPs. It is the Vice President who does that. There is a newly inserted Standing Order which provides that The Leader of the House can be asked themed questions on Thursdays. This was a compromise to a demand that the President must answer questions in Parliament.

Reports that the current Number Two does not enjoy respect and support of his juniors or that he is somewhat the weakest link in the ruling party amour are not unfounded. While experienced, Vice President Tsogwane has been overruled by the Speaker during the past and current Parliament, especially on Points of Orders and Procedures. He has crossed swords with MPs from both sides of the isle in an unpleasant way. It is common for him to lose his cool and be dragged into the mud, particularly by Opposition MPs, something which wasn’t common with past VPs.

The Vice President often appears to speak before he thinks. He could be described in the same way that John Maynard Keynes did Woodrow Wilson following the Treaty of Versailles in 1919: “The (Vice) President looked wiser when he was seated,” Keynes said of Wilson. The ruling party is left embarrassed most of the time when the Leader of the House stands up to say something. He is neither reasonable nor level-headed and is the one who pushes for disapproval of almost everything that the Opposition proposes, no matter the idea. He recently participated in the collapse of a quorum to prevent adoption of a motion by an Opposition MP. Most often, he tries to direct the Speaker into making certain rulings. It is not the first time the presiding officer asserted their authority to put him in line and communicate who is really in charge of the proceedings. The current Leader of the House is not a unifying factor in the House and does not even pretend to play such a desirable role. Whereas it is not unusual for a VP to protect the ruling party in the House or even defend the government’s position, the current Vice President projects an attitude of monopoly of wisdom and ideas.  This general behaviour has made him an easy target of the Opposition.

The conduct of the Vice President in the House has depicted him in a bad light. He has also lost the respect of not only the Opposition but of his own MPs too. Sometimes his MPs can be outside chatting while he is in the chamber mainly because they also do not regard him highly. The general thinking that he may not ascend to the presidency makes matters worse for him. Even so, it is not too late for him to redeem what is left of his image. 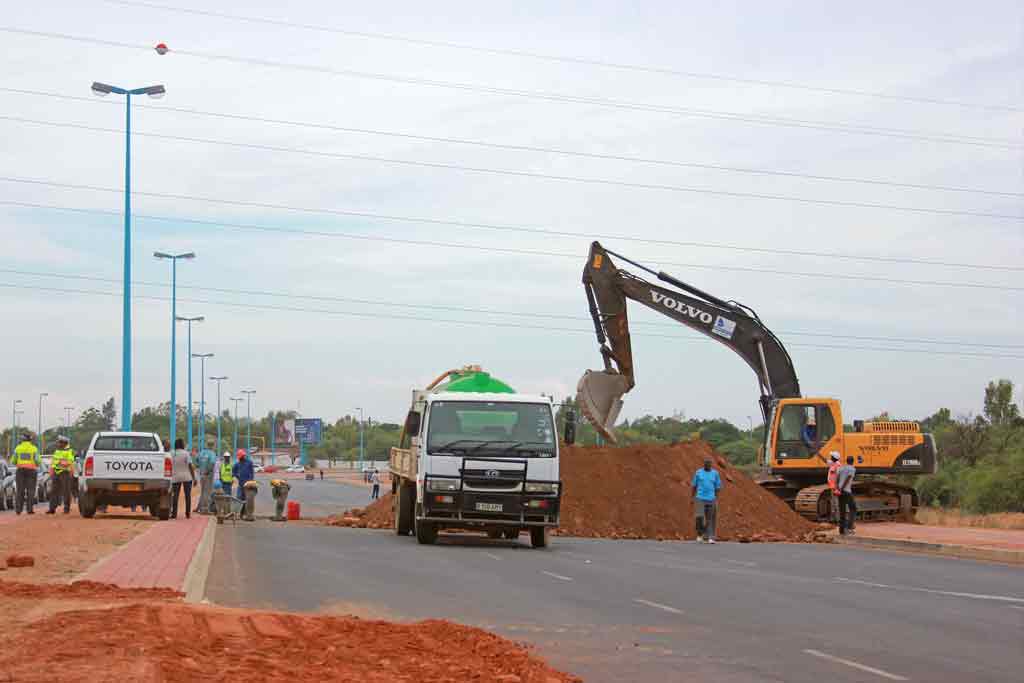