Corruption since the beginning
The fact that we have a constitution that protects to most of the prime land around our two cities must say something about the people who were at the forefront of birthing the nation. The first thing the people were robbed of was land, the thing about land is that it has been made such that you can hold a big chunk of land in country that is dirt poor and after some years when it has developed you can really cash in with the land.
Then when the big giant, diamonds, came to this nation that was when the ultimate money game started. When you are a big company like DeBeers and you have to deal with a government buying them is always your best option. We have a law that entitles our government to mineral rights over any person who owns any land with minerals. The fact of the matter is anyone in the seat of power will receive something from DeBeers to keep their progress going.
Now corruption is walking by foot it is an actual person you can see physically, developments are not made because they are needed, they are made because someone in power stands to benefit. Because the country has money from diamonds that we didn’t even work for so many tenders can be made to make the people in power richer. Looting has always been there in this country if it wasn’t land it was money and now I wouldn’t be shocked if every minister in the current regime was a millionaire.
No vision
We have a capital city that cannot expand and an economy that depends only on diamonds shows how the government never had a vision on how the country would be after 50 years of independence. I would like to believe that even in 1966 or the years before when the leaders of that time when to school they were taught about vision, mission, goals and targets. Looking at the country we depend on minerals and when we gained independence we had nothing of that sort. From the on-set you can’t see what the government planned for the development of the country.
They have had several attempts at trying to diversify the country with industries, agriculture and tourism but none of them have bared fruits because of the lack of commitment. Because we depend on South Africa so much ever since we got independent that all the factories move there because we depend on the Southern Africa Customs Union revenue. The laws that we have do not favour economic growth and the problem is that the Botswana Democratic Party only focuses on winning the elections and making laws that will enable growth is the least of their worries.
The vision of the current regime is only limited to five years of winning the elections. We have ministries that spend mostly on workshops because they fail to spend money they budgeted for on development. Every project that is done is a tonne of money wasted on workshops and looting. As a measure to force ministries to work harder to implement projects the late minister of finance made a policy that every ministry that does not use the money budgeted for at the beginning of the year will get a reduction in the budget the next year.
A short-term solution for the problem of having people in leadership who don’t want to be accountable for their lack of productivity. Because when ministers do not produce the goods they just make-up things to spend money on and still get money the next year. Nothing is working at this point to top it off we have a president does not have a vision of the country, being praised is his only gauge of his progress. This government is so useless it can spend money to create vision 2016 then not implement on purpose and create another one. The fact of the matter of that the government does not have a vision for the country, when they see Botswana they see a cash cow they can enrich themselves with.

No investment into the future of Botswana
Botswana can laugh other African countries and say they have spent diamond money on development. The thing is when we got independence we literally had nothing, unlike other African countries who had the luxury of having such things as a CBD, industries, capital cities and facilities. All those things are basics for any country, I would compare it to when someone inherits a house and another inherits nothing a house and builds a house. It’s a basic need but you have to go beyond owning a house and having other asserts that will keep building your wealth so that when you die you children can inherit businesses, employees, debtors, creditors and all sorts of things.
There was a time when the past president went around the world to find investors to pour money into our country. When you look at it that was just a very long holiday overseas which is the same as a country wide tour of every kgotla in the country. Constitutionally we are behind so many countries to even try to attract foreign investment. We have extremely stringent immigration laws but our population is small. In countries that we compete with for investment a company can be registered in two hours.
Just like Phikwe after diamonds fail we are doomed, in all the money we make from minerals we have spent nothing to start the mineral activity. For starters for us to even have a wholly state own mine was through loans to BCL, we have more than twenty explorations for minerals in the country. The government can spend more than two billion to buy fighter jets and over a hundred million for Bots50 but cannot spend a few hundred million to start their own mine. The worst thing they have done is spend so much money to educate the whole country and not even employ them. They get so excited when they start a project without finding out knowing its viability. All the money spent on the glass project could have made jobs for graduates or kept Phikwe alive.
Lastly I just think the past has been a never ending party for the ruling elite. Like a rap star who found themselves in fame and money. It’s always about looking good to the world, having a nice Growth Domestic Point, having a peaceful elections and just being best buddies with the west. Botswana only has basic things that African countries inherited from colonialism. The only good thing I would say the government did was save but also that was at that expense of not investing into future. We were blessed with a small population that is peaceful. All this luck for the government and they couldn’t think to use it.
Kenneth Keeme Nelson 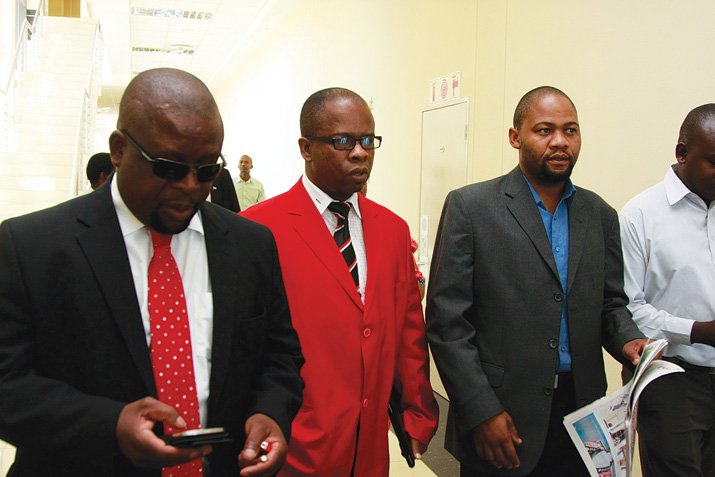