November 26, 2020 Admin
Home»Opinion»Column»Africa needs solutions as its sovereign external debt position has been rising faster than its GDP and the repayment period is fast approaching.
Column/Opinion

Rising levels of government debt in African countries are a source of concern—in the past four years, the continent’s sovereign external debt position has been rising faster than gross domestic product (GDP).  With the dawn of the alternating boom-bust cycles of the commodity market—a key trigger factor for the African debt crisis in the 1980s—it is evident that the continent is facing a renewed debt crisis.

The situation will become even more critical as these countries approach the repayment period—between 2020 and 2025—when most capital market Eurobond loans mature.
A critical factor that underscores the debt crisis is that the debt has become unsustainable even though debt ratios are below 50% of GDP.   It is therefore safe to say that the debt crisis is well under way.  But how deep will it cut into the development agenda of the continent?
Africa is extremely resource rich with an array of minerals —gold, diamonds, oil, natural gas, uranium copper and nickel.  Yet 75% of the ten poorest countries are in sub-Saharan Africa.  The fact is that bilateral and multilateral donors have failed the continent by piling massive public debt on governments in the full knowledge of what led up to the 1980s debt crisis.  This is despite the fact that they lack fiduciary accountability to their people while causing depletion of natural resources.  They have also turned a blind eye to multinationals that park huge amounts of earnings in tax havens.
To come anywhere near achieving the target of eliminating poverty, in line with the United Nations’ latest development goals, the continent would have to achieve a GDP growth of at least 16%.  The reality is, however, that the continent is averaging growth of 5%.
In the 1970s and 1980s, the World Bank and International Monetary Fund (IMF) focus was on stabilising African economies through structural adjustment austerity programmes. Eventually, debt relief programmes like the Heavily Indebted Poor Countries Initiative (HIPC), in 1996, and the Multilateral Debt Relief Initiative (MDRI), in 2005, wrote off their existing debts in exchange for economic reforms.
The United Nations Conference on Trade and Development (UNCTAD) recently produced a report assessing the relationship between Africa’s capacity to finance the 15-year Sustainable Development Goals (SDGs) and maintaining debt sustainability.  The report ignores critical deficiencies in the approach to the continent’s sustainable-development agenda.  It highlights the already well-known fact that official development aid alone will be inadequate to sustain the development needs and suggests the following three-pronged approach:

There can be no genuine independence or sustainable development while financial obligations to international lending institutions are escalating.  There is a fourth option for Africa’s countries. This is through the Innovative Financing for Development approach, which has become a priority for many countries seeking to establish new and sustainable sources of revenue to finance their development without incurring additional debt.
Governments in emerging/developing countries are able to identify new sources of revenue based on their own resources.  This is important in these countries, in many of which poverty is rife, because here the government cannot simply raise these amounts through taxation.  The governments are empowered to take their own decisions with regard to their socio-economic priorities and the revenues generated can be ploughed back into the local economy.
There are many different opportunities—which can be leveraged—and in some cases, are being leveraged, creatively, to generate revenue and unlock significant additional value from these flows.  The revenue can be used to fund a wide variety of sustainable development projects: inter alia, health, education, infrastructure, security, nutrition and vaccination programmes
Laurent Lamothe, the former Prime Minister of Haiti, is strong advocate of Innovative Financing for Development.  While participating in the Transform Africa 2015 panel discussion in Rwanda in October 2015 entitled “Money seeks ideas—we have found the money” and using his home country, Haiti as an example, indicated how the funds are locked into technology, human capital and innovation.  “They are there in telephone calls and remittances from the diaspora to Haiti,” he said and illustrated LSL’s Innovative Financing for Development approach. He explained how a government Education Fund fed by a micro-contribution of 5 centimes on every inbound international call to Haiti and a contribution of US$1,50 on each international transfer of funds to the country has sent approximately 1.4 million children to school free of charge through the Universal Free and Compulsory School Attendance Programme (PSUGO).
Innovative Financing for Development consists of examining the different private sector industries: travel and tourism, energy, mining and minerals, mobile telecommunications and other economic activities and levying a micro-contribution on transactions related to these globalised sectors.
However, to be successful, the Innovative Financing for Development process must be properly implemented through its three phases: resource mobilisation, revenue assurance, and revenue utilisation
Finally, development in African countries has been evaluated from two different perspectives.  There are those who say that IMF and World Bank loans have provided stability to the otherwise turbulent economic situation.  On the other hand, those within the country who have suffered from the impact of austerity measures say that the Western-based financial institutions have strangled African countries’ ability to determine their own futures in the interests of the majority of people within society.  They now have the opportunity to work towards emancipating themselves from the debt noose without minimal effect on the local populations and service providers.
Against this backdrop, indebted African countries could capitalise on an Innovative Financing for Development Programme in their countries to continue investing in socio-economic developments without adding to their ever-growing debt pile.
About the Author
Angela is a communications consultant and writer for media.  Her passion is to write about solutions on how African countries can stimulate their economies through the use of innovative finance and cutting edge technology. 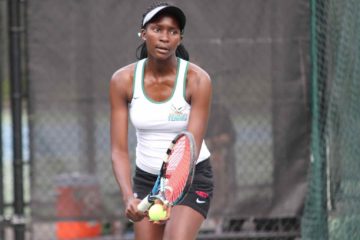