October 22, 2020 Admin
Home»Opinion»Letters»An Open Letter To The Speaker of The National AssemblyMr. Speaker, You Dropped The Ball
Letters/Opinion

Iwrite this letter with a broken heart. I never thought the day would come where I would feel even a tinge of shame for being a citizen of this country. My shame emanates from what happened in the August House on the 16th day of September 2020.

I watched in utter shock as Mr. Polson Majaga stood in the Parliament making a personal statement. I must hasten to say according to the rules of the House, he was well within his rights to do that. However, I have always maintained that just because it is legal, it does not make it right. Legality has on numerous occasions been used to meet out the worst atrocities that humanity has ever seen.

Mr. Speaker, what really saddened me is that the statement had your blessing to be read in the House. I am left to wonder if all that was read was approved by you to be read. Because you stood in the previous weeks to allow a petition which in part called for Mr. Majaga to take a leave of absence, I was filled with hope that Parliament would be a place where we could seek refuge. Little did I know that I was being set up for disappointment.

The statement by Honourable Majaga, notwithstanding his right to make it, had no place in the August House. Mr. Speaker, all that you sought to achieve when allowing the petition to be presented in Parliament was today sullied by partisan sentiments. The applause and head nodding by some MPs was telling. Some revelled in Honour-able Majaga’s diatribe masquerading as a personal statement. You, Mr. Speaker, had the authority to preserve the sanctity of what the petition said. But if I may quote you, Mr. Speaker, “You dropped the ball.”

The intention of the petition was to preserve the sanctity of Parliament and not to pronounce on the guilt of any member. The petition was a call on all MPs and other people holding public office to always put the sanctity of the office first. I believe you had the responsibility to give effect to that entreaty and a duty to say reject Mr. Majaga’s request.

Mr. Speaker, my other disappointment lies not with you but with the Vice President. His statement to the effect that petitions were problematic to Parliament were not only tone deaf and ill timed but utterly irresponsible, to say the least. As members of the public, we are stakeholders in this democracy and have a role that goes beyond putting a mark on a ballot paper. We need an avenue to take matters of concern to Parliament where they should be articulated in our own voices. Standing Order 35 is that avenue. While at times lobbying is a possibility, there are times when the voice of the people should to be loud and clear.

In case the Vice President is not aware, some countries allow people who are not MPs to address Parliament and similar bodies. If the Vice President, having held leadership positions for more than two decades, cannot appreciate this, then we truly are on our own.

Mr. Speaker, it is my hope that wisdom will not betray in future and that you will, as always, do your job most ably. 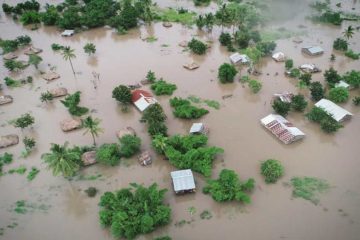