In October 1917, groups of peasants and lowly paid industrial workers calling themselves Bolsheviks, underfed and ill clothed, stormed and occupied the Russian Duma and other government buildings. This marked the end of the era the Czars in Russia.

Vladimir Lenin and the Bolsheviks established rule by the proletariat, a dictatorship. In the Middle East, it is not uncommon for bands of young people to chant slogans and demonstrate their displeasure. In South Africa, it is standard practice to sing and dance, close roads and burn tyres. All these have one thing in common – a tired poor working class and a warning to us all to beware of toying with privilege in a country of extreme inequality. To never ever allow Apex or any other ‘haves’ in society to act with impunity.

Apex Hub advertised for a Professional Assistant position. In this advert they specified that they wanted a Maruapula graduate and a female. All is well and good until you consider the implications of this dangerously grotesque “We do what we want and you can’t do anything about it” advert.

Folks say but everyone hires whomsoever they want to hire. Agreed. Nepotism and patronage exist in society. But much as they exist, they should never ever be allowed to be so brazenly displayed. In the Apex case, it was displayed in more ways than one.

You have a company led by a Motswana of Asian descent. In many ways this is a symbol of extreme wealth for a few and of exclusion of Batswana ba Sekei being grotesque and telling all whose parents could not afford to pay private school fees to go to hell without saying it in so many words. Much as we lie and pretend that we are a welcoming society, in many small gatherings Batswana ba Sekei abhorr the way the expatriate Asian community has come into this country and amassed wealth. They abhor even more that this community largely trades within itself or with a select few friends with connections.

It is not uncommon to hear Batswana ba Sekei complain that their contracts supplying goods to a certain Asian owned company have been ended not because they are incapable but because a supplier of the same goods whose only better qualification of Asian descent entered the line and was preferred. We skirt these issues all the time but we know it in our hearts that we are in so many ways ill treated.

I have seen the story of a Motswana wa Sekei who put up an impressive water purification and bottling plant and hired young people without advertising that they be from certain backgrounds. He invested his own money but is now stuck with a lot of the water. The chain stores have all manner of excuses to not stock up with his bottled water and you can guess whose water they mostly buy. That Apex case, my friends, is about more than a high school graduate. It is a symptom of our exclusion right in our country.

The wealth of the Asian community in this country is often a product of a fusion of business acumen and a willingness to work long hours, yes, but also with a heavy dose of calling in favours from the system or at times outright corruption. Not that it’ll ever be registered as corruption, borderline favours that only serve to help them grow their sphere and influence. You won’t see them before the courts. But talk to those Batswana who are like you and I, you’ll shed a tear at their exclusion.

That is the first problem. That a company whose face and most important shareholding represents “them against us” goes out of its way to show us that they can discriminate without a care in the world. Yes, they apologised but we know it wasn’t a real apology. It was merely a statement to assuage your feelings, a self-serving few paragraphs just because you called it out.

Another major wrong here is that successful countries are built on the bedrock of equality of opportunity. No one says people should be equal and the world has failed that test. But there is no reason why we cannot have our unemployed youth get an equal opportunity to entry class jobs as and when they arise. Do not get fooled by those that say students from a certain school have more of this or that. Companies look for certain competencies and competencies can come from just about any school.

There is no guarantee that a student from that school would do better than one from that other school. Individuals ought to be given an equal chance to compete, period. I understand where you head hunt for certain positions – usually relatively senior ones because such people would already have proven themselves on the job and you don’t even go through the grotesque act of advertising and rubbing it in people’s noses.

Could this be a case of a company merely having selection criteria? It’s a case of a company with very little regard for job seekers of this country. Look, when you seek to employ young people from a certain private institution, you’re excluding many on account of financial standing. You’re excluding kids who would’ve loved to go to private school but could not simply because their parents did not have the money. You’re saying they’re worth nothing. It’s an insult to them. You’re perpetuating privilege; you’re saying children of the financially able ought to have things their way, to be given more while in actual fact kids from poorer families need the break.

The funny thing about all this is that those of us who never went to private schools but are able to send our kids to them are now pretending not to understand the pain and inappropriate nature of this advert. In so many ways, you get to see that this country’s problem is also us – the rural boys and girls who recently (went to university and work) came to town. In an effort to belong, we commit some form of class suicide. The real wealthy and stable who take their kids to private school without stretching it financially largely saw the wrong in that advert and felt for the rest of the talented kids who’d suffer from such exclusion much unlike a lot of the nouveau riche.

Anyway, as you perpetuate social inequality and exclusion, keep it in mind that unthinkable actions litter the history of humankind, simply born out of instances where the poor and disenfranchised get tired of being Les miserabeles and demand more – not always in the most friendly of ways.

The voice of a graduate 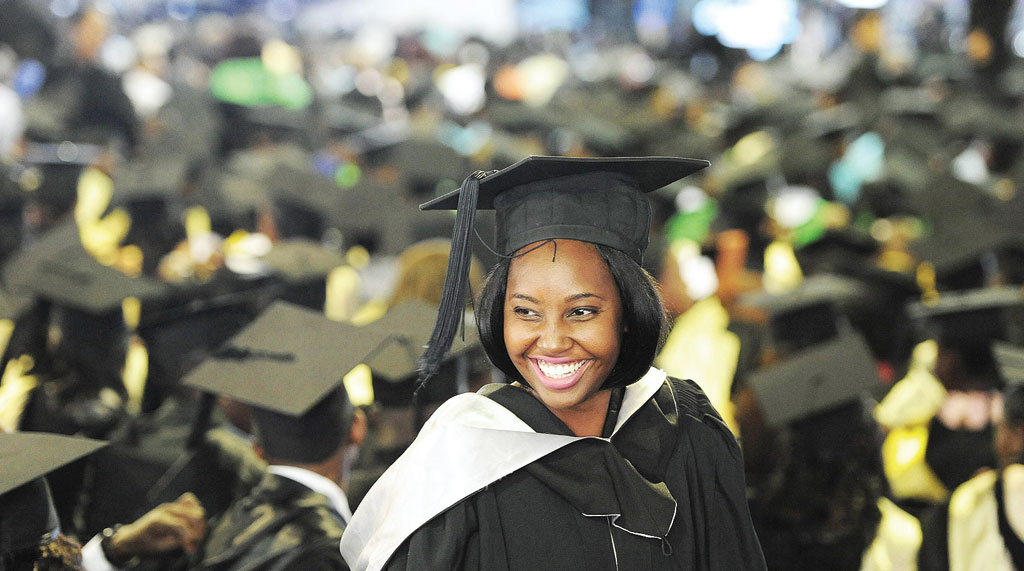