Over the past 100 years Botswana’s economy has largely evolved through migration. In actual fact the history of migration in this country goes further than that.
The discovery of gold in South Africa’s Witwatersrand opened up opportunities for Batswana able bodied men and women to work as miners and domestic workers. Reading Diana Wyle’s book on the Ngwato Kingdom of Tshekedi Khama, the regent, it is stated that it was a colonial strategy to push the people to migrate so that they may be able to pay their taxes through remittances.
Until the last three decades, sending out migrant workers was the order of the day for Botswana and their remittances helped this country a great deal in terms of the economy. During the years of the economic boom of the 1980s, the tide turned and Botswana began to receive migrant workers from other countries to participate in her economy.
This was necessary because the boom exposed Botswana’s vulnerabilities regarding her workforce capabilities. The country had no skilled labour of its own. Migrants came from all over the world for different positions from university professors to artisans in the mines.
As the Masire administration invested heavily on education, the focus was more on creating white collar workers and neglecting the blue collar skills. The country is now filled with a disproportionately trained workforce. However, Patrick Van Rynsburg who was the founder of the Brigades system had earlier warned the government of the impending danger in neglecting the training of the blue collar workforce.
Botswana currently has a large trained workforce that stays idle. The dwindling economy can no longer create jobs. Universities and other tertiary institutions are spurning out graduates annually and there is no place to go in as far as employment opportunities are concerned.
Botswana spent billions of Pula at the turn of this century to train students in South Africa and further afield. It is time for these people to retrace their steps and find jobs in the countries of their training.
Businesses are closing at an alarming rate and graduates must start to lose faith in the economy of their nation if they had any. This year has been the worst in the history of this nation as thousands were laid off from the mines and related industries.
Unless government re-invests in the BCL mine and get it re-opened, there is little hope for any bright future for our youths who are still looking for jobs. Government must quickly re-direct money from ESP projects to finance the re-opening of BCL mine and maintain permanent jobs. ESP only offers temporary jobs and will in the end benefit the owners of machinery in the construction industry.
The skills that Batswana posses now are highly marketable in other economies of the world. Emerging countries like South Sudan which are highly resourced in financial capital and yet lacking in human capital should be targeted by our graduates.
Human capital is now the only viable commodity that we as a country can export to the rest of the world. Our diamonds are threatened; our beef industry lives on the brink of danger and our copper mines have been closing one after another.
This past week I sat at the table with an old friend, Lekoko Sebata Kenosi and he shared with me his experiences of working as an expatriate in the United Arab Emirates. Out of our discussion, my views on migration were solidified.
This country’s economy will be transformed if we get 25 000 Batswana expatriated. They will be sending remittances running into billions of dollars. And that is exactly what we need for our economy to stay afloat. Government interventions are only serving to sink it deeper. 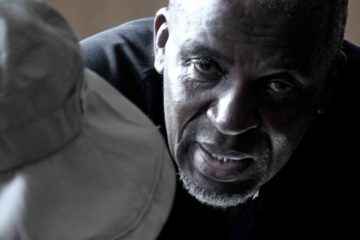