… so that we may start taking some things seriously.

News that the European Union has decided to blacklist Botswana for its “anti-money laundering and terrorism financing deficiencies” is concerning. There are 195 countries in the world. The European Union’s blacklist has 22 and Botswana is one of these unwanted countries. For citizens and friends of Botswana, this means that we are no longer on the list of the 173 countries that are considered low-risk. But this is something that should have been difficult to accomplish, considering that we came from a position of strength.

We already face the many challenges that come with the unprecedented nightmare of COVID-19 and stare the real and present spectra of a global recession in the face. This means that we already have the monumental task of ensuring that we drive our economy in such a way that despite the impending doom, we stay afloat. But being on the EU blacklist will put more strain on the already sluggish economy.
I ask myself, how did we get here?

WHY WE DESERVE TO BE BLACKLISTED

Complacency and incompetence paved the way to losing our position of strength. Our currency has been strong, many of us are educated and we are a friendly, peaceful and forgiving lot. This makes Botswana a manageable nation with a better value proposition for enticing any high-value investor. However, Botswana’s leadership has undermined all these qualities and our country has been converted into a theatre of dirty operations.
Though the decision by the EU is not good, I believe that it is right.

Politics.
Our leadership is preoccupied with power consolidation instead of leading. Leading means managing and managing means doing whatever it takes to give Batswana the social and economic security they deserve. It means empathetic leadership and making Batswana happy. It means equal opportunity for all regardless of socioeconomic status. It means enabling the entrepreneur and facilitating for the entrepreneur because a successful entrepreneurial environment with ethical business practices is what enhances a country’s brand and image on the global stage. On the other hand, money laundering becomes a problem when an economy has many loopholes. In Botswana, I have consistently noticed that our country’s management exhibits lack of ambition, compassion and ethics while recklessness, complacency, unaccountability, incompetence, secrecy have grown and led to corruption.

There are many obviously illegal operations in Botswana. Most of these ‘businesses’ are allowed to operate because some authorities take bribes from them without a care as to the consequences. Examples are plenty in the Mogoditshane car dealership sector. There are also a few ‘businesses’ owned and operated by people of Asian-descent, mostly electronic stores that take only cash regardless of volume of payment. They will tell you they only take cash and/or that their machine is broken. These are some of the businesses that bring dirty money in and out of Botswana and use our otherwise good country to clean up their dirty money.

The Government of Botswana should look into this because it could also mean that these ‘businesses’ do not pay tax. It also seems as if there are no quotas as to the number of imported cars entering the country. The annoying Gaborone traffic tells the story well. There are illegal resource exploitations. This includes transfer mispricing and smuggling. There are currency exchange outlets that do not give records of transactions. There are many unlicensed currency exchange operations. Batswana, where are the authorities?

Corruption is also our country’s worst nightmare.
China’s business with Botswana raises an eyebrow. We receive money from China, some of it grants and some as concessionary loans. I have sung many times to advise the President that there is no free money. Unless our receipt of the money is deliberate and has other agendas.

The Chinese people give us free money then get awarded big government tenders. So where can we say the money goes if China gives us money and then we award Chinese companies all the mega projects to gobble up the same money? I value diversity and competition and clearly I am not a racist. But as attentive citizens, we must scrutinize our relationship with China. I strongly believe that the transactions between Botswana and China are contributing to our bad image in European eyes.

Also worth noting is the fact that the Minister for Finance and Economic Development, Dr. Thapelo Matsheka, announced that the Government of Botswana had spent P2.4 billion on medical supplies from China. But I wonder what kind of medical supplies related to COVID-19 are worth P2.4 billion? If we cannot report with transparency and a sense of accountability, the EU can only suspect that the money has hidden agendas.

Then there was the P100 billion “Butterfly” case. Propaganda inspired by the motivation to hit a series of political home runs is also a negative. It was reported that a solid P100 billion was stolen from Bank of Botswana. The Directorate of Public Prosecutions (DPP) insisted that billions had been stolen from the central bank but the central bank said its money was intact. And this is a conversation between government institutions. Who should we believe? Who should the EU believe? How are friends of Botswana, including the EU, to look at us if our country’s operations are muddied by careless, reckless, selfish, shortsighted and parochial political agendas?

Shortly before the nation celebrated its 50th anniversary of independence in 2016, Global Financial Integrity (GFI) reported that Botswana might have lost approximately P200 billion through illegal financial flows between 2004 and 2013. “Illegal financial flows” means volumes of money leaving a country unlawfully. GFI ranked Botswana 66th in these activities.
Also, the Pula has many times been manipulated. I understand the objective has been to make our diamonds affordable for their buyers. But if the buying of our diamonds is through bidding and the stones are a luxurious item, why should we devalue the Pula to make them “affordable?” Aren’t these the same people (the sight holders) who buy our diamonds to take them to their home countries and then stockpile them as their own products to control market prices?

Being on the ground, I strongly believe that the true image of Botswana has been misrepresented, hence many indexes report a false impression. For instance, our GDP per capita as of 2018 is US$8, 300. Does this figure accurately reflect how well-off every Motswana is? These food hampers that many Batswana (desperately) need during the lockdown give a better reflection of the situation on the ground. Therefore, our stories have been misrepresented. We are a false story.

WHAT IT MEANS TO BE BLACKLISTED

It means we are a high-risk investment destination. It means we are dirty. Investment is attracted by value. Basically investors prefer brand nations as they explore investment opportunities. Investors put their money in familiar and trustworthy territories. They calculate the gamble. Our position now means that Botswana’s brand and reputation have been damaged and will take a long time to repair. At present, any accurate due diligence will reveal Botswana as a bad gamble and non-appetizing. High-interest producing billions of pula sitting abroad face being returned home to the weak pula. Our foreign reserves and pensioners’ money could take a hit.

I will love my country to death but we deserve to be blacklisted. Perhaps, this will force us to clean up and start taking everything, including feedback, seriously. We should ruthlessly and aggressively aim to be competitive and recognizable on the global stage. To prelaunch ourselves and in moving forward, we must work to rewrite our beautiful story – our diamond dream – with the Financial Intelligence Agency (FIA), the Directorate on Corruption and Economic Crimes (DCEC), the Directorate of Intelligence and Security Services (DISS), the Botswana Investment and Trade Centre (BITC) and financial institutions leading the way. These institutions with less political interference should be allowed to function. They have mandates. The oversight institutions housed in the Office of the President should be allowed to be independent of the Office of the President.

We must revise our foreign policy on China. There is too much money flowing between China and Botswana. It is hard to tell what happens somewhere in between.
The corruption culture is rife in Botswana. This had rendered corruption a serious threat to our economic growth prospects. They say you cannot stop corruption. At least control it. A P100 stolen from public coffers is better than a stolen P1 million. This is control.

When President Mokgweetsi Masisi was sworn in, he vowed to fight corruption. He emphasized that no one is above the law. He said he was addicted to the rule of law. I would like to see that in action.

The Botswana Gazette covered the EU’s decision. I read that the CEO of BPOPF, Boitumelo Molefe, says that the domestic market does not have enough investment opportunities to yield positive returns for billions of pula belonging to pensioners at BPOPF. I disagree. The opportunities are there. It is just that our business system undermines the power of local entrepreneurship. The creatives and very ambitious radical innovators are the answer. A tiny European nation called Estonia has a population of 1.33 million people. This is 970, 000 people less than Botswana, yet Estonia has produced SKYPE. Yes, skype, and skype was acquired by Microsoft in 2011 for US$8.5 billion. The business side of Botswana should empower local business and entrepreneurs before thinking foreign direct investment and all the other international opportunities. It is the entrepreneurs that will drive the growth of our economy. It is the entrepreneurs who will attract investors. This can cleanse our dirty system.

Our political and business leaders should be compassionate, ambitious, ethical, proactive, accountable and transparent. Promotions in the workplace should not be for friends. They should be merit-based. And pay hardworking Batswana well.

As law-abiding and patriotic citizens, we should also learn that even a rumour can be damaging. A tiny rumour can crash markets. We must fall out of love with propaganda. In the workplace, we must be ethical and professional. End of story. 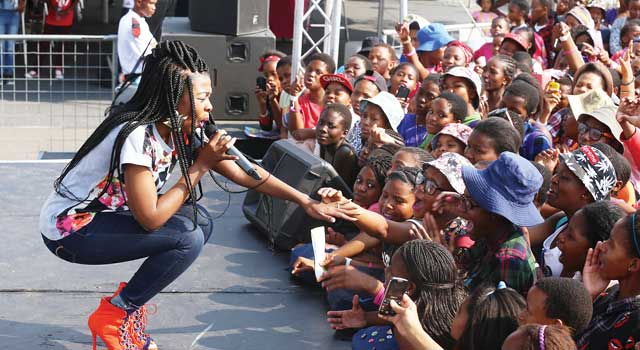