November 30, 2020 Admin
Home»Opinion»Column»Botswana has a myopic understanding of China
Column/Opinion

On Wednesday journalists waited for hours at the briefing hall of the Chinese embassy in Gaborone. The waiting was rather unusual because the Chinese don’t use African time. The journalists tried to brainstorm on what the cause of the delay could be and they did not arrive at any conclusive and logical reason for the delay.
The Chinese Embassy staff had to fill in that idle time in order to avoid a situation where journalist would leave without the ambassador’s message. They popped out a 1976 documentary on Botswana’s 10th anniversary independence celebrations. This worked because of the rich content in the documentary.
Meanwhile the two Excellencies, Ian Khama and Zheng Zhuqiang were meeting behind the scenes to discuss the very details to be contained in the press conference. This was about the conflict in the South China Sea.
This issue has dominated the news headlines around the world in the past week. I was particularly waiting with a gasped breath to hear what our government’s comment would be. The absence of our Foreign Minister Pelonomi Venson-Moitoi in the country was giving me some assurance that at least our official response would be delayed and come through a thorough process of consultation.
Botswana has a tendency of rubbing wound with the salt regarding their relationship with China. The size of China’s economy and their presence in the United Nations Security Council should neither intimidate Botswana government.
The fact of the matter is; we need to be careful as a nation on how we behave on the diplomatic platform. About twenty months ago, I wrote a similar opinion piece on Mmegi Newspaper as a response to the way Botswana was behaving toward North Korea. In it I suggested that as Botswana is known the world over as a peace lover and a peace maker, the country should have adopted a different approach of luring North Korea into further friendship rather than driving it away through the severing of the diplomatic relations. Botswana would achieve more in courting North Korea as the country has continually been isolated because of its wayward behaviour. They still need friends who can help show the way.
The problem with our diplomatic behaviour always points to the fact that our foreign policy is lacking and we have allowed too many politicians into the fold of diplomacy. Diplomacy is not the right place to reward politicians who have failed in their quest to go to parliament. The government of Botswana should allow career diplomats to grow and exercise their experience in advising government on issues such as the one for South China Sea.
The Leader of Opposition Duma Boko has given parliament good counsel on the same issue. He has not taken sides but has asked the government to take a cautionary approach when dealing with issues such as the one for South China Sea. He has been demonised by Botswana Democratic Party MP Ignatius Moswaane.
From this demonization, we can accurately predict what the government’s response could be. The BDP’s position has also been confirmed by the fact that the Speaker of Parliament has struck off Boko’s comments from the official hansard.  This is a position that Boko has gone to defend in court.
Parliament is the ground where ideas are traded without fear of favour. We as a nation need to take our Members of Parliament to task for not participating effectively in political debates. The executive arm of government will know that there will be consequences for making senseless diplomatic comments that puts our nation’s integrity into question. 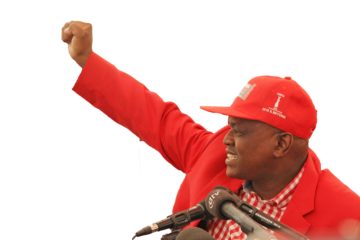