The uncertainty surrounding the speaker of the National Assembly Dr Margaret Nasha over her invitation to lead the SADC observer mission to the South African general elections is unnecessary. That Botswana, which hosts the headquarters so the regional organisation would even contemplate not releasing the speaker, is nothing but an affront to everything that this country is about. Long held as the beacon of democracy in Africa, Botswana cannot afford to have those credentials questioned.

President Seretse Khama Ian Khama following the Zimbabwean elections stated that Botswana will likely not participate in election observer missions as SADC does not appear committed to its set out conditions of free and fair elections. The president’s concerns are understandable if the feeling is that Botswana’s input is ignored. While there could be differences over whether this is the right step to take or not, that President Ian Khama has taken what for all intents and purposes is a principled step is very much understandable. What is not understandable is why there is even a thought that President Khama might not release the speaker of the National Assembly. There is no smoke without fire but in this instance we hope and pray that this is mere speculation and that the President will do the right thing and release the Speaker.

It would look bad not just for the country but for the President himself. Would he want to be seen as a leader who sulks at the slightest of a perceived wrong? Whether there is a principle involved or not, should the President not release Dr Nasha, it could be viewed as revenge on Nasha over her book. A president cannot afford to have such perceptions held about him. It would not be statesmanlike. At a personal level, it is fine for the President to be hurt by whatever Dr Nasha put in her book. He has that right. What he cannot do is use his position to settle personal scores; we do not expect him to but as it has happened so many times in the past, it would be worrying if the President was to succumb to whatever influences and did not release the Speaker.

Dr Nasha and speculations aside, Botswana MUST send an observer mission to South Africa. Only a consistent and persistent stance will convince in the long run and of course for fellow SADC countries to change. Sulking because your suggestions were not taken on Board is not the best route to take in the quest for the development of democracy is South Africa. 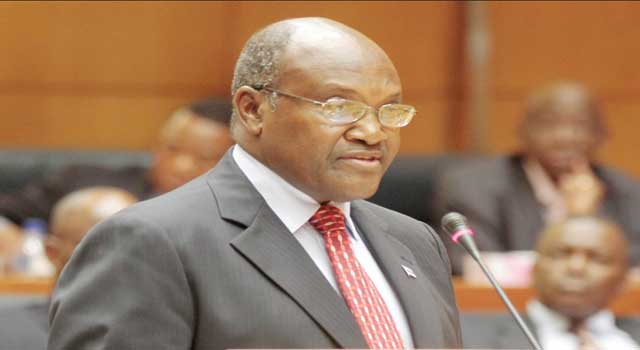