Botswana has become the 40th nation to ratify the Treaty on the Prohibition of Nuclear Weapons – a landmark global agreement negotiated in 2017 to outlaw the worst weapons of mass destruction and establish a framework for their total elimination. Only 10 more ratifications are now needed to reach the threshold of 50 ratifications for the treaty’s entry into force.

Botswana deposited its instrument of ratification with the UN Secretary-General, Mr. António Guterres, on 15 July, becoming the third member of the Southern African Development Community (SADC) to ratify the treaty this year, after Namibia and Lesotho. South Africa, which is also a SADC member, ratified it in 2019
Botswana’s ratification coincides with the 11th anniversary of the entry into force of the Treaty of Pelindaba, which established the whole of Africa as a nuclear-weapon-free zone. This timing underscores the complementary relationship between the two treaties. In 2018, all parties to the Treaty of Pelindaba made a commitment to “speedily sign and ratify” the new global nuclear weapon ban treaty.
“In concluding this milestone step,” said Amb. Collen Vixen Kelapile, Botswana’s permanent representative to the United Nations, “Botswana has once again reconfirmed its unwavering commitment to global peace and security through prohibition of nuclear weapons as a concrete means towards full implementation of the disarmament agenda.”
He said that Botswana took pride in being counted among the earliest states parties to the treaty and encouraged “all other peace-loving nations to collectively join hands and contribute to this noble endeavour for the prohibition of all nuclear weapons”.
Despite the severe impact of the COVID-19 pandemic around the world, steady progress continues to be made towards entry into force of the nuclear weapon ban treaty. Just last week, Fiji became the 39th state to ratify it, commenting that the UN Secretary-General’s “agenda for disarmament” had become “even more important in the wake of the COVID-19 pandemic” and calling for money currently expended on nuclear armaments to be redirected towards the well-being of humanity.
Botswana’s minister of foreign affairs and international cooperation, Dr. Unity Dow – a judge, human rights activist, and writer – signed the nuclear weapon ban treaty last September at a high-level ceremony in New York. Her government has underscored “the significant role of the [treaty in] strengthening the global norms and practices against the use, proliferation, and possession of nuclear weapons by any country”.
Botswana has actively promoted universal adherence to the treaty, including by co-sponsoring a UN General Assembly resolution in 2019 that called upon all states to sign, ratify, or accede to the treaty “at the earliest possible date”.
The treaty was negotiated in response to the ever-deepening concern of the international community at the catastrophic consequences that would result from any use of nuclear weapons. No nation is immune to these consequences: people in neighbouring and distant nations who have nothing to do with the conflict would suffer from the effects of radioactive fallout, climate disruption, and resource insecurity.
Furthermore, nuclear weapon programmes divert tens of billions of dollars every year from health care, education, disaster relief, and other vital services. The preamble to the treaty expresses concern at “the waste of economic and human resources” on such programmes. By ratifying the treaty, Botswana has helped strengthen the global norm against the use and possession of nuclear weapons.
Botswana’s ratification comes less than a month before the world will mark the 75th anniversary of the US atomic bombings of Hiroshima and Nagasaki, which claimed more than a quarter of a million lives. Survivors of those horrific attacks are urging all nations that have not yet ratified the treaty to do so by 6 August this year.
SOURCE: ICAN – The International Campaign to Abolish Nuclear Weapons (ICAN) is a coalition of non-governmental organisations in one hundred countries promoting adherence to and implementation of the United Nations Treaty on the Prohibition of Nuclear Weapons. 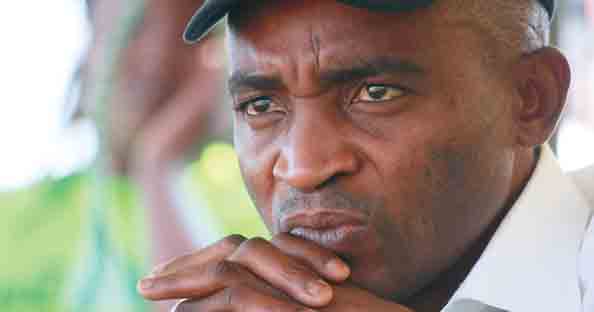