October 14, 2020 Admin
Home»Opinion»Letters»Botswana should lead by example and sign the African Charter on democracy, Elections and Governance
Letters/Opinion

Botswana should lead by example and sign the African Charter on democracy, Elections and Governance

The Executive Director of BOCONGO has just returned from Addis Ababa, Ethiopia for an advocacy engagement with Addis based institutions especially the AU and Permanent Representative Committee members on the African Charter on Democracy & Elections and this is what he had to say:

Botswana is one of the two countries in the SADC region alongside Tanzania that have not yet signed the African Charter on democracy, Elections and Governance (ACDEG) despite the country’s commitment to democratic governance and the upholding of the rule of law. The ACDEG enshrines African shared values on good governance and democracy, including areas such as the rule of law; respect for fundamental human rights; the conduct of free and transparent elections; condemning any unconstitutional change of government; and the role of non-state actors and traditional leaders in governance. The Charter aims to contribute to the institutionalization of a democratic culture in Africa having been agreed upon the the African Union Heads of State and Government in January 2007.
While the continent has made progress, more than 60% of the member states have not ratified and domesticated the charter. The lack of urgency in the implementation of the charter contradicts the rhetoric of moving from an African Union of leaders to an African Union of the People.
The government of Botswana, especially the former President Lt. General Dr. Seretse Khama Ian Khama, has outwardly condemned poor governance practices in some countries in the region and beyond, demonstrating a positive commitment to ensure democratic ethos are upheld. Despite this, Botswana has not signed the Charter and the legitimacy of its position when addressing practices by other countries becomes questionable. It is only proper and legitimate if Botswana leads by example both in letter and in spirit.
Effective democratic governance is a prerequisite for the realization of the vision of the African Union – a peaceful Africa, prosperous, integrated and driven by the people. The African Charter on Democracy Elections and Governance is the overarching normative instrument for the realization of the principles of democracy, good governance, Human rights, constitutionalism and rule of law.
In the region, the failure by some SADC Member States to put in practice the values, principles and ethos espoused by regional and continental instruments like ACDEG that promote good governance and respect for fundamental human rights, is the major obstacle to achieving full and total democratic governance underpinned by rule of law and constitutionalism. The experiences in Lesotho, DRC, Mozambique, Zambia and Zimbabwe recently only point to the need for countries not only to sign on the instruments but to implement them for the benefit of the people. The failure to sign, ratify and implement such fundamental instruments provides fertile grounds for the wholesale looting of public resources by some African leaders and civil servants. In some countries, socio-cultural, racial, religious and ethnic divisions have resulted in unconstitutional transfer of power, including the imposition of dictatorships.
By signing this Charter, State parties pledge to develop the necessary legislative and policy frameworks to establish and strengthen a culture of democracy and peace. State parties also pledge to establish public institutions, which promote democracy and constitutional order, which Botswana has already accomplished albeit the need to continue advocating for functionality of these institutions. By all measurers, Botswana has fared well in most tenets of this Charter compared to those states that have signed and or ratified but that is not sufficient, as one of the leading examples of democratic practice, Botswana must be seen to respect and lead in African union initiatives such as this charter to cement on the goodwill it enjoys.
Some countries are using the charter as a guide during difficult transitions. Mauritania, for example, relied on its principles to negotiate a return to constitutional order after the 2008 coup. West Africa, which represents more than half of the 20 countries whose legislatures have formally adopted — and or ratified — the charter, has been the venue for 10 out of the 14 attempts to disrupt constitutional and democratic governments, such as in Mali, The Gambia and Guinea Bissau, since the charter was enacted.
While we welcome the government’s will towards abiding by regional obligations, we urge the government of Botswana to make further steps towards the signing, ratification and domestication of this AU Charter. We call upon all stakeholders of human security and development as is outlined in section 44 of the charter, not only to understand, but to commit and ensure the implementation of the principles, objectives and core values enshrined in the African Charter on Democracy, Elections and Governance. We call upon the government of Botswana to sign, ratify, and report on the implementation of the charter as a way to set precedence for other African Countries which have been culprits on providing unstable environments.

Botho Seboko is the Executive Director of BOCONGO, Transitional Care-taker & Board Member of SADC Council of NGOs and Member of the SADC National Committee.

Botswana should lead by example and sign the African Charter on democracy, Elections and Governance

Be transparent and declare your assets – Namibia President tells MPs 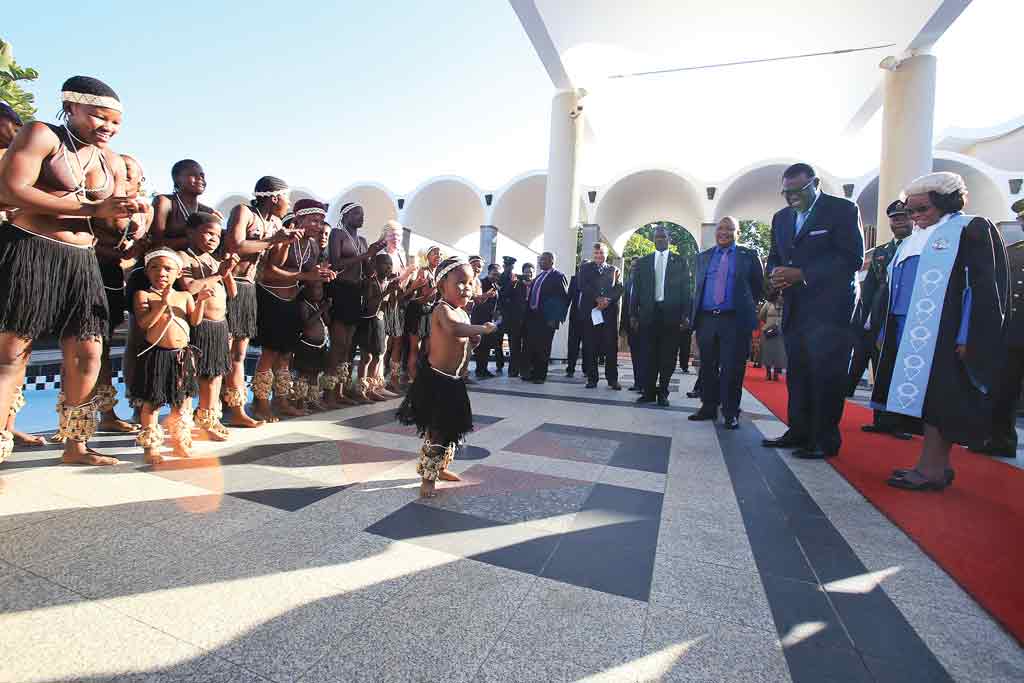