Over the years, claimants have put forward three arguments to support requests for remedies against one or more shareholders of a company. These arguments are based on the single economic entity theory, the façade theory and the justice theory. Each of these theories was exhaustively examined in Adams v Cape (1990). As a result, it may be stated with confidence that of the three theories, only the façade theory provides a basis for ‘piercing the corporate veil’; that is treating a company and the shareholder standing behind the company, as a single entity in law so that the rights, liabilities or activities of the company are the rights, liabilities or activities of the shareholder.
The proposition that a court can treat a group of companies as a single entity in law because they are/it is a single economic entity is false. In Adams v Cape (1990), Slade L J quoted with approval the following words of Golf LJ ( as he then was) in Bank of Tokyo Ltd v Karoon (1987) (CA).
“Counsel suggested beguilingly that it would be technical for us to distinguish between parent and subsidiary company in this context; economically, he said they were one. But we are concerned not with economics but the law. The distinction between the two is, in law fundamental and cannot here be bridged,” reads the ruling.
The apparent acceptance of the single economic entity theory by Lord Denning in DHN Ltd v Tower Hamlets LBC (1976) (CA) can no longer be regarded as good law. The correctness of the reasoning in the case has been doubted by the House of Lords in Woolfson v Strathclyde RC (1978) SC 90 (HL).
It has been argued that if justice requires it, a remedy should be available against the shareholders for a wrong done by the company. Presented in these general terms, the argument offends against the doctrine of legal certainty and may be rejected for this reason alone. Delivering the judgment of the Court of Appeal in Adams v Cape (1990), Slade LJ rejected the argument as unfounded.
“Mr Morison submitted that the court will, in appropriate circumstances, ignore the distinction in law between members of a group of companies treating them as one and that broadly speaking , it will do so whenever it considers that justice so demands. In support of this submission, he referred us to a number of authorities… Mr Morison described the theme of all these cases as being that where legal technicalities would produce injustice, such technicalities should not be allowed to prevail. We do not think that the cases relied on go nearly so far as this. As Sir Godfrey submitted, save in cases which turn on the wording of particular statutes or contracts, the court is not free to disregard the principle of Salomon v A. Salomon Co. Ltd (1897) A.C. 22 merely because it considers that justice so requires,” the ruling states.
If the company is a ‘mere façade concealing the true facts’, the corporate veil will be pierced. Authority for this proposition is the House of Lords decision in Coucil Woolfson v Strathclyde Regional, although Lord Kinkel cited no authority for this proposition and gave no indication of the meaning of ‘façade’. In the cases in which the courts have treated the company and the shareholder as one, the term used to describe the company, apart from façade are ‘device’, stratagem’ ‘mask’, ‘cloak’ and ‘sham’. The sham based cases are situations in which in fact or in substance, there is no difference between one person’s economic interest and the company’s economic interest. Where a company is formed with the intention of using it to avoid an existing legal liability, the court will pierce the veil based on a finding of sham. 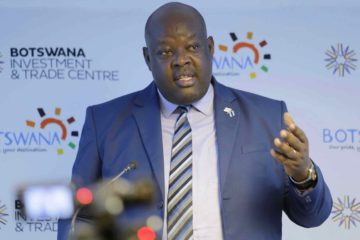