Africa is known to be a religious continent with the majority being adherents of the Abrahamic religions- Islam and Christianity. By that, I mean most folks hold a belief in the existence of a ‘loving’ deity who is also capable of rewarding people for good behaviour and meting out punishment whenever we transgress.
As humans, I believe we are inherently biased and we exhibit a tendency to point out other people’s faults (or what we think or believe are faults) while paying no heed to the ways in which we also falter. Sometimes, we do this on purpose because focusing on other people somehow keeps us from introspecting and admitting our own faults. This seems to be the case when it comes to religion. Many religious folks use the Holy book to condemn other people for doing what they believe isn’t acceptable but they also fail to or choose not to use that same Book to hold themselves to account. It is no surprise that many do not take kindly to the queer community because they believe homosexuality is a sin and they will not condone it. Well, I have something to say about this…
Dear Africa – I’m here… I’m queer
No amount of queerphobic backlash and preaching doom or eternal damnation in the pits of hell can ever change this. Why do we throw stones when we live in glass houses? I, for one, make it a point to read the Bible so I can note and call out hypocrisy in situations as these where people feel inclined to pluck out a few verses to justify their hate while paying no heed to those verses that call out their not-so-holy deeds. Personally, I am unbothered about what the Bible says because I have dissociated myself from Christianity and the hypocrisy of most religious folks is the other reason I will never go back to religion. My religion is love and I strongly believe that people must be free to love whoever they want to love. And quite frankly, I am grateful to be in a position where I choose who to engage in a romantic relationship with without being restricted by a society that seeks to impose on us how to BE, despite continuously ‘encouraging’ us to be our authentic selves.
Though, personally, I am unfazed by the stance of religious institutions on same gender relationship (or transgender folks, for that matter), I am still troubled by the violence that this stance continues to inflict on queer bodies. I have maintained, for a while now, that Christianity and Islamic extremism are beginning to bear some semblance (or maybe I am only starting to notice the similarities since I am no longer religious or a Christianity apologist, for that matter). Though Christians may not be making headline news for the decapitation of LGBT+ folks as is the case with the Islamic fundamentalists, their words- which fuel so much hatred for queer folks- are just as murderous. Some preachers are known to have preached ‘death to gay people’. Consider Steve Anderson, the pastor who deluded himself into thinking he could bring his bigotry to Africa and get away with it. After commendable work from LGBT+ activists, the South African government banned the pastor from coming to the county. This was before he managed to worm his way into Botswana where he called on the Botswana government to kill homosexual folks, referring to gay men as paedophiles. With the help of LGBT+ activists, allies and LEGABIBO and a petition, he is now a prohibited immigrant – as declared by the government of Botswana. I should also point out that Africa still has a long way to go in upholding the fundamental rights of the LGBT+ community.
There is also the Westboro Baptist Church which did not even shy away from affirming the wrongful and grossly unethical shooting of LGBT+ folks by the Muslim man in the 2016 Orlando shooting which received so much worldwide coverage and outrage. Just recently, ravaging fires broke out in Knysna, South Africa which destroyed many homes, leaving many in desperate need of shelter and other forms of aid. In the midst of this devastation, with some struggling to come to grips with what had just transpired and many devising ways to come to the aid of those affected by the calamity, what did someone go on to say? A paramedic insinuated that God was punishing the area because around 12 gay weddings had taken place at an LGBTI festival in Knysna just last year. Yes, homosexuality was being blamed on the catastrophe and this is not foreign to queer folks. Each time we are hit by (mostly) natural disasters, many people – out of their hatred for queer folks- attribute ‘the wrath of God’ to homosexuality. The level of hate displayed by the religious folks is scary to say the least!
It is true that our words are powerful; they can cut and kill or they can love and heal. Yes, sometimes the impact of our words supersedes the intent and thus we find ourselves hurting people even when we didn’t intend to. Most times, this is not the case where hatred for homosexuality or queerness is concerned. Sad to note, the words of most people who claim to be ‘followers’ of a ‘loving’ deity have killed many or driven many to kill themselves. The odd thing is that even the Bible, which most (Christians) are quick to quote (as if they live by it) when justifying their bigotry towards LGBT+ folks, makes it crystal clear that ‘he who does not love his brother, does not know God and the love of the father is not in him’. “How do you even claim to love God whom you cannot see when you hate other fellow human beings you can see?” I tell you, that same Bible (or any other Holy Book) many folks use to condemn other people will be used to condemn them.
Joyline Maenzanise

Molosi to advocate for African history inclusion before the Dalai Lama 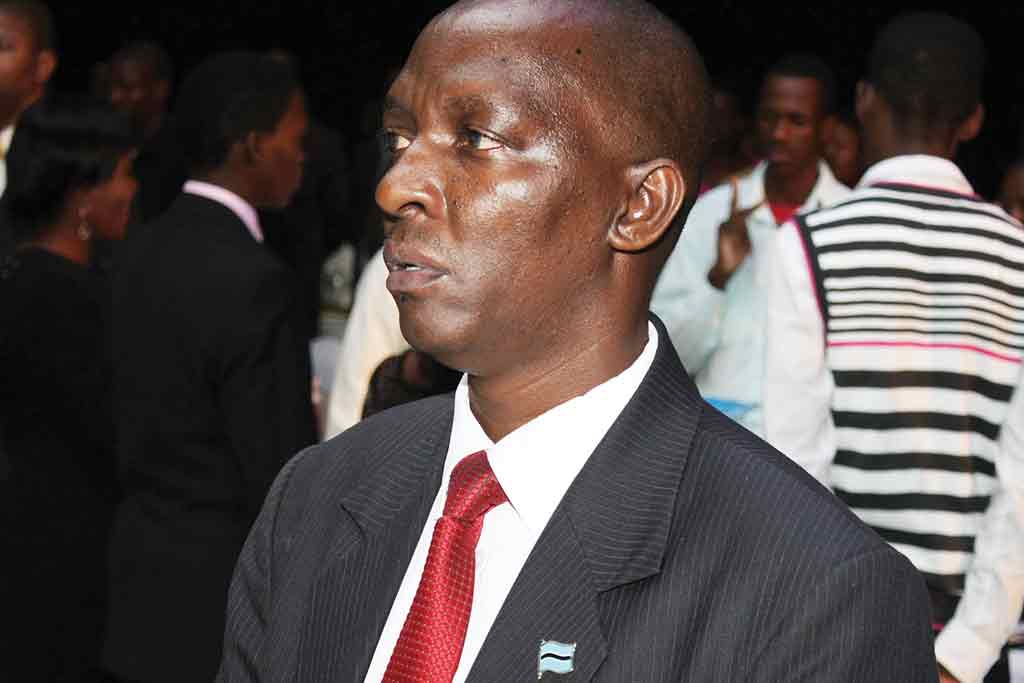