NB: Released on 2 November 2016, to mark the International Day to End Impunity for Crimes against Journalists.
Media accountability lies first and foremost with the general public. Freedom of opinion and expression, both online and offline, are fundamental rights and constitute essential foundations for democracy, rule of law, peace and stability. The EU fully supports AU commitment expressed in the AU Agenda 2063 to achieve by 2025 freedom of expression and the promotion of the establishment of a vibrant press that informs the public and holds governments accountable.
Nevertheless, journalists continue to be killed and face increasing level of intimidation and violence. The disregard for the fundamental rights of journalists as they exercise their profession has led to a climate of impunity affecting not only victims, but also freedom of expression and rule of law.
The EU and the AU attach the highest priority to the safety of journalists, bloggers and other media actors. We welcome the recent adoption by the UN Human Rights Council of a resolution on the safety of journalists as a very positive step forward to ensure the safety for members of the media.
We call on state authorities to fulfil their responsibility to protect journalists, establish a meaningful deterrence against the violent targeting of media professionals, and fully abide by their international and continental obligations. State authorities should investigate crimes against journalists effectively, promptly and in an independent manner and ensure that both state and non-state perpetrators and instigators of such violence are brought to justice.
To strengthen engagement for the promotion of media freedom and pluralism and the protection of journalists in the EU, the EU is devoting the Annual Colloquium on Fundamental Rights to media pluralism and democracy (17–18 November).
Ranieri Sabatucci
Head of the European Union Delegation to the African Union Aisha Abdullahi
African Union Commissioner for Political Affairs

Of abject poverty and living without identity 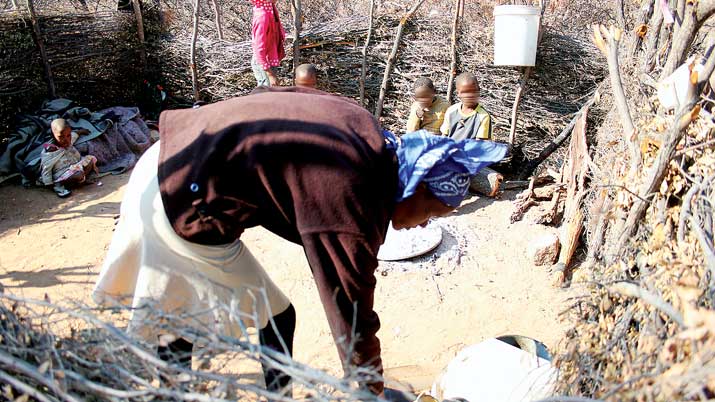