• They question its legitimacy
• Accuse it for underhand tactics

FRANCISTOWN: Some members of the Botswana Democratic Party (BDP) Francistown Region say the task team appointed by President Khama just after the congress was part of well-orchestrated underhand tactics.
The task team led by former Minister Gaotlhaetse Matlhabaphiri was appointed to investigate the alleged irregularities in matters involving James Kgalajwe, former Regional Chairman Raoboy Mpuang, Otto Masogo as well as Regional Secretary Candidate Kudzani Tobokwani.
Some BDP members in the region who spoke to The Botswana Gazette say the investigations were instituted by people who support Mokgweetsi Masisi for party chairmanship in the upcoming congress. Masisi came under scrutiny in the region after Mpuang, in a leaked tape, claimed that he enjoyed preferential treatment from the Vice President as he is in his faction. This lead to complaints being lodged against the ex-regional chairman.
The appointment of the task team displaced party members in the region who question its role when matters, including complaints against Mpuang, are still pending. They say this is an attempt to “kill” the complaints.
“This is an indication that our party is not consistent in taking action against the wrong doers. The same Mpuang we raised complaints about him while still the Regional Chairman today is the complainant and the party is rushing to investigate. Which precedence is the party setting,” said one individual questioned by the task team adding.
Other members question how new complaints investigated by the task team were lodged. “As per the constitution, the complainants were supposed to write to the Regional Committee before going to the Central Committee. So, how would we trust the legitimacy of this task team while it is very clear that it favors one team that is aligned to Masisi,” another party member said vehemently.
While Matlhabaphiri was unreachable, Francistown Regional Chairman Moemedi Medupi confirmed being part of investigations by the task team but could not be drawn into disclosing details. “For now, we do not know the outcome of the investigations, the task force is the one that will make recommendations and tell the region what is the way forward,” he told The Botswana Gazette.

“Every talent is a business”- Botswana welcomes SEAfrica 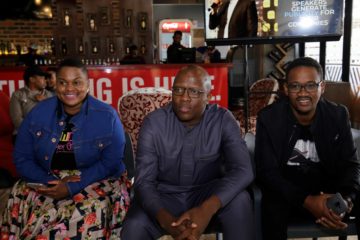