I once posed this question to a former colleague at a transgender-focused organisation that I used to work with. “Are we (transgender human rights defenders, advocates and programmers) working to create a world that is gender diverse, gender inclusive or genderless outright?” Unbeknownst to me, this question would subsequently fuel and propel my gender equity and gender diversity activism to-date. It is a question raised by the question of how we intend remedying, redressing and curbing sexual and gender-based violence. Of course, the remedies and anecdotes to this are varied and multiple, hence I will not claim to propose a blanket solution, given the limitations of space for this article.

Gender-based violence manifests in various ways, some overt while others are not so obvious. The go-to place when speaking of gender-based violence is violence instigated towards and against women and girls by men. Many persons in society have a fair understanding of how this manifests as intimate partner violence, as rape, as statutory rape and paedophilia, as ‘passion killings’ or femicide, if we are to be exact. It manifests itself through sexist and the misogynistic thinking that seeks to control women’s bodies and their choices about themselves.

I dare say it even manifests as unequal pay and inequitable working conditions for women in comparison to men (read my previous offering in my article titled Swimming with sharks in the development sector from August 9th available on the Gazette on-line under the columns section to see ways in which work spaces are violent to women just by virtue of the bodies we are in. There goes gender).

But we do find the other manifestations of this violence premised on gender essentialism in the form of homophobia, transphobia, intersexphobia, lesbophobia where perceived cis-gender-heterosexual men see themselves possessing penis-cillin that can cure and correct those of us that do not conform to the arbitrary expectation for everyone to just be ‘straight’ or heterosexual, failing which they (men) will shove their penis-cillin into us to make us perform our gender according to their dictate. This is a misconception that has been handed from generation to generation of telling the boy child who grows into a man that his penis has power over other people, which can be seen in the physical assault, rape and murder of lesbian, transgender and gay persons. We need to amplify our voices to tell men and the ‘gender agenda’ that men do not have penis-cillin!

Gender is an instrument of violence which has seen the justification of the sexual mutilation to normalise intersex babies and persons’ bodies. This is very arbitrary where intersex babies are not given an opportunity to speak for themselves, let alone consent to these medically unwarranted surgical interventions aimed at making them a ‘perfect’ male or female just to satisfy the world’s insatiable appetite to have everyone fall into these neat pink and blue boxes. These arbitrary surgeries have serious sexual and reproductive implications on intersex persons in later life. This is violence on the bodies and personhood of intersex persons solely based on their sex which is not male or female because it sets the gender police off balance. These violent gender police will not tell you that bodies fall on a spectrum of varying degrees of male and female qualities, which is not necessarily unique only to intersex persons but that all bodies are in actual fact an intricate mix of male and female characteristics.

Do you know that all bodies NEED testosterone and estrogen to be balanced and healthy. Of cause males have more testosterone while mostly we find that females have higher levels of estrogen. However, all bodies have a mix of estrogen and progesterone. Why then is it that intersex bodies are an anomaly, according to these violent gender police when most of us, if not all of us, actually have male, female and in-between sexual characteristics on our bodies? Science books indoctrinate primary schoolers that puberty defines men/males from women/females because boys will develop a deep voice while girls’ voices remain soft. But do you not know men who are softspoken while we have Toni Braxton, Nina Simone, Desiree, Hlengiwe Mhlaba, Tracy Chapman, all whom are deep voiced women? Do you not know men with more curves than some of us women? Do you not know women with a beard versus men who are ‘peach’ faced? Do you not know of bodies categorised as intersex? A Motswana might even remember the problematic Afrikaans derivative colloquially termed ‘trasi’? With all this in mind then, why do we still pretend that there are pure men and pure women and even devise laws, regulations and policies to safeguard this lie that the violent gender police tell us?

One of the various forms of violence instigated by gender is the assumption that all women like girly or feminine clothing, references and titles. But this couldn’t be farther from the truth. There is a huge and growing number of female assigned persons who identify as gender queer or gender non-binary but not identifying as transgender. Though these individuals do not wish to undergo any gender affirming procedures of surgical alterations to their sexual anatomy, they express the violence they experience from being arbitrarily gendered. Gender is so arbitrary that it is just imposed on us all before we even know what our given names are and it becomes a determinant of what we can and/or cannot do with our bodies, our lives and our personhood.

Look at it this way: Gender dictates opportunities accorded or denied certain persons based on where we place them on the gender binary system that many operate with. It bestows power on some at the disempowerment of others. It even bestows protections on some while leaving others vulnerable to the elements. Hence it comes as no surprise that some of us would opt out of this system of gender in totality and be genderless, a-gender, gender queer, gender fluid or gender non-binary.

An acquaintance of mine recently expressed how they (used in the singular form) feel like throttling someone who refers to them as “Madam” or the short form “Ma’am” just by virtue of them having breasts on their chest or having an F as a sex symbol on their identity documents. Which is quite arbitrary, hence the violence on those that do not subscribe to gender. Imagine the irritation, annoyance and pain of someone calling you Kagiso when your name is Segametsi, all because you look like a Kagiso to them. It’s insulting, demeaning and outright violent. That’s the violence that comes with gender.

Indeed I dare say gender is violence itself. Read my article on this column Queer I from July 26th titled Whoever died and appointed you gender police to refresh your memory on the violence that some of us like Caster Semenya and Paul Tshotlego Morama, as well as many other elite female athletes continue to endure because of this violent thing called gender in sport which, it seems, its violent police will die if they cannot box or sexualise our bodies.

I stand firm in my convictions that we possibly cannot succeed at ending sexual and gender-based violence purely by developing policy and punitive measures for perpetrators of such violent crimes towards others. We also cannot, and in my world should not, envisage ending or redressing gender-based violence by speaking to us as victims and survivors to speak up about our experiences because to the actual and would-be perpetrators, our voices are noise among the music of power that the gender police has gifted them with. We certainly cannot expect that any form of rehabilitative processes can unlearn perpetrators of the privilege of power bestowed on them by the gender police now, can we? Do you not find it fruitless with these growing approaches aimed at ending gender-based violence by engaging men to end this form of violence? This is a fight against decades of messaging, upbringing and enculturation that tells men that they own women, that they possess penis-cillin to rape us into straightness, that their strength is in the might of their fist, that a biological reaction such as crying is a sign of weakness.

How else do we expect them to let out anger, frustration and discontentment when that is all they grow up seeing, learning and mirroring? I am a proponent of changing the way we grow boys into men, we certainly have to change the whole social fabric of enculturing and engendering not only boys and girls but all little humans to learn them of pro-human ways to engage with all other people in all their difference and diversity. However, can we achieve an end to gender-based violence when gender itself exists? Can we ever have a harmonious world where gender and equality, equality and inclusivity co-exist? Is it not the end goal of gender to create inequality, inequity and exclusion? Can we imagine a gender-less world? How does that gender-less world look?
Honestly, I do not know since I have never had an opportunity to experience it or live through it. Even so, how do you think your life’s preferences, choices and decisions would look like if gender did not exist or dictate to you? Put on a queer eye in searching for these answers. But I will say it once more lest you forget, gender is violence itself. 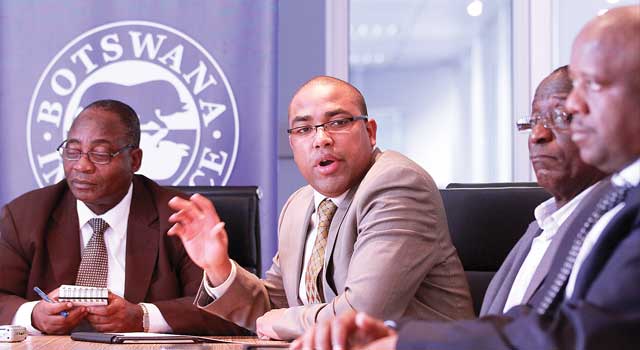