I celebrated myself on International Women’s Day with cake and by listening to back-to-back songs and talks from some of the most influential women who have made an impact on my life.

If I could have a brunch with five women, I would definitely have a star line up. I grew up watching Oprah Winfrey and now binge on Super Soul Sundays and Masterclasses. Next is Chimamanda Ngozi Adichie, my favourite African writer who is the epitome of poise, brilliance in a craft I love so much. I quote her many times in my writing and have read and re-read all her books and constantly on the hunt for a new speech. I would also invite Michelle Obama who won the world with her intelligence and genuine care for others and for me showed that there truly is such a thing as a power couple. I think most people secretly love her a tad bit more than Barrack.

I would also invite Issa Rae, the awkward black girl who brought us Insecure, one of my favourite series. Issa is closest to my age, very funny and challenges the moulds of what a woman should be and is unapologetically herself. She also does raps to herself in the mirror which I may or may not also do. Lastly, I would invite Dr Lois Frankel, the lady who authored the Nice Girls don’t get it book series, my favourite being Nice Girls Don’t get Rich.

This book brings to light a lot of the avoidable mistakes that women make with money. In my journey to dump debt and build wealth, I thought it best to go back and see if I was guilty of them. As we celebrate women and the need for more women to join the conversation about money. I have noted that majority of the support I get on this platform is from men, though some insist it is because they need to get their financial act together for us. So from one woman to another, I hope you can identify some of the financial mistakes you have made or are currently making and do the work to change what Dr Lois Frankel outlines in her book:

I noticed that as a woman there is no pressure to have my financial act together and so I have to constantly cheer myself on. Money is a woman’s issue, we often outlive men and are more susceptible to cancers so we need to be more involved with our financial futures.

You can read a book, take a course and more importantly decide to be financially responsible. It will not only make you happier and give the men in our lives a little break from the constant pressure to make money for us to spend.
PS: You don’t have to be a hero, you just have to be what most people aren’t, consistent!
Like the “Help, I’m broke with Nina Tladi” Facebook page.

The year that changed my life 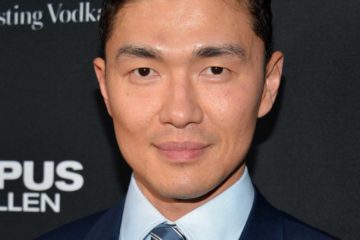