The Botswana National Front Youth League (BNFYL) would like to take this golden opportunity to remind the ruling party leadership to refrain from malicious propaganda against the Secretary General of the BNFYL Comrade Arafat Khan and tell the nation what he exactly said about the BDP leader Dr Ian Khama and his South African counterpart Jacob Zuma during EFF Manifesto Launch a fortnight ago at Orlando Stadium, South Africa.
For our political observation, there’s absolutely nothing that warrant Comrade Arafat Khan to apologise to the ruling party leadership as the BDP wants us to believe. We don’t need a rocket scientist to come and tell us that during the late Dr Kenneth Koma’s presidency of the BNF, the ruling party activists used to go around the country telling electorates that the former opposition political organization wasn’t competent to lead because he was a bachelor. So, Comrade Khan’s comment that Zuma is practising polygamy and that Dr Khama is a bachelor is just an informative statement.
Those who have dissenting opinions over the matter should prove beyond any reasonable doubt that the Secretary General of the BNF Youth League was uttering lies. We appeal to members of the ruling party to refrain from giving the nation a false and wrong impression that Comrade Khan has insulted their leader and provide us with a tangible evidence to support their contentious argument that UDC Borakalalo councillor has displayed a wayward behavior towards the ruling party leader. Members of the BDP also need to be reminded that venting their frustrations and anger through radio stations will not help them to prove him wrong. Another issue that comrade talked about was the fact that president Khama is the owner of Mosu homestead while on other hand president Zuma has managed to be controversially allocated Nkandla homestead. As the nation we need to know how did the ruling party leader acquire such a chunk of land. The BNFYL appeals to members of the ruling party who are unhappy about Comrade Khan’s remarks to stop hiding themselves with a finger and go to the nearest police station and file a case against the Secretary General of the BBNFYL with the relevant authority. Anyway, they can’t take such a proper legal route because they know from the bottom of their hearts that Comrade Khan has no case to answer.
Malatsi Mokhubami
BNF Youth League Secretary for Information and Publicity
Gaborone 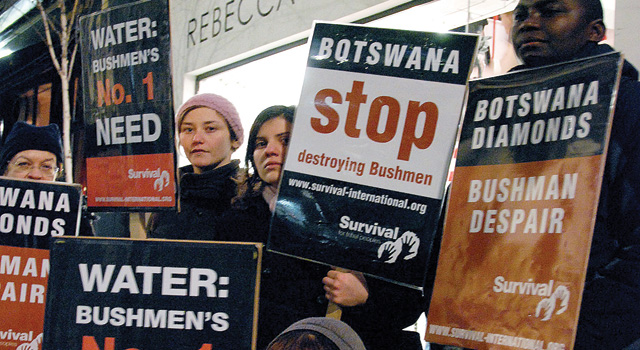