There is a morphing tumour at the heart of Mokgweetsi Masisi’s presidency. It feeds on how he fooled many to believe he is a Messianic saint divinely ordained to save us from Ian Khama.

Whereas there is no doubt that Khama’s leadership was largely demonic with a devilish aftertaste that many still have in their mouths, why should we close our eyes and forget the handlers and the stage managers who were there with him all along and cheered him on? Ten years of Khama’s misrule, characterised by protests (deadly in the 2011 public service strike), corruption (with the suspects walking away with impunity), extra-judicial killings (with the killers pardoned and re-employed in the public service) and a general state of despondency across the country, President Masisi was at the epicentre of the Khama administration and not at one moment did he raise a voice. It perhaps explains his unbridled rage at the man who posed the pertinent question in Serowe, “How far were you when all this happened?”

This psychological sleight of hand of inflicting pain and anxiety on people and later emerging as the only saviour who can cure the malady is the masterstroke of African leaders while the audacity to use that to propel the entire presidential agenda is moral quackery. We are today in the middle of a presidency fully legitimised by the war it wages, a presidency that promises on the wrongs and evils engineered with assistance from the commander himself. The 10-year moral lag between the time Khama almost collapsed the country and liquidated the nation to now when Masisi is promising us restoration should really be the Petri dish where we can dissect and culture his character and moral choices up close. We are in the infancy of Masisi’s presidency, but 2019 may have offered us enough foreshadows to adjust our expectations of the man and mark down his moral capital accordingly.

For where Duma Boko was publicly crucified, dragged on hot coals and accused of selling the country to foreign financiers, President Masisi and his BDP quietly amassed campaign amour with a similar script, only selling to a different bidder. And where the Khama’s administration put us through torture and corruption, Masisi was the foot soldier, vigorously defending and campaigning for the administration and was rewarded for the outstanding work and loyalty in the end. Masisi has only streamlined and sharpened Khama’s tactics, moving swiftly to install his own soldiers and widening his tent to let the media sing for him while employing state machinery to raid the UDC leader and suffocate their campaigns through harassment masqueraded as law enforcement.

All this pain we endure as a country is real and stored in a hurt locker in some place safe, easily accessible to the masses and easily shaped and calibrated for a higher moral choice for the country. The price may be steep for Masisi. For how do we now trust a man whose conscience never riots against the slightest form of evil unless there is a personal gain for him? That is how some see President Masisi, a man complicit in the sins, an aider and abettor, a remorseless partner in crime. To them, there is no hope for change, only a repetition of the past or perhaps worse.

But with what we have been dealt before, there is hope. To deny its existence is absolute treachery. This hope is exemplified by Masisi’s gestures in other matters enabling him to easily weather the 2019 storm and doing so whilst keeping a cool head, appearing presidential, the public display of presidential affection by kissing babies and his wife in public, attending church services and funerals, and inviting the wisdom of the elderly from both the ruling party and the opposition. He deserves credit for this because only God knows what madness is going on behind the scenes with this childish war of attrition that he and Khama are fighting. That notwithstanding, he has won the hearts and minds of not only loyalists but skeptics too who only two years ago had such disillusionment with Ian Khama that a change of government was mooted in the corridors, under trees and in the dark. Masisi lured these skeptics and some apathetic voters to his side by completing a remarkable metamorphosis and ultimate detachment from Khama and his shadows, promising a freer and better Botswana.

Headline grabbing changes like salary increments are proven short-term ingredients for success in politics. Give him credit for having sold a more tangible dream, despite the staggering unemployment that the UDC tried fruitlessly to capitalise on (the UDC has the right to differ). With the dust having settled, the people’s expectations are high. They expect to get jobs, good paying jobs for that matter, and land. They expect good health care, better infrastructure and good education. They expect an end to the cancer that is corruption, and most of all, more inclusion in their country’s wealth and economy which they have always felt were reserved for a select few.

Promises and reality are two very different things. The sobering reality is that the country is running on a staggering budget deficit and a decision must be made whether to borrow more and develop infrastructure and improve schools and health care or to curb spending and raise taxes to balance the budget. The latter option now becomes immiscible with one of the President’s promises of a knowledge-based economy. For with a knowledge-based economy one requires better teaching spaces, modern teaching aids, money for research and development, reliable electricity and Internet connectivity, all of which require money.

Transforming and economy is a tough and complex affair which will require the President to be CEO of every organisation in the country. He has the vision, and that is important. But first and foremost, he must contend with an inefficient government so entrenched in sluggishness that if he is not careful he may just run out of time before implementing a single piece of reform. The government is wrought with red tape and a working population that needs jump-starting and an appraisal of 21st Century problems and way of thinking. The man on the ground implementing government policy is a nonchalant and unbothered civil servant still stuck with window XP usually looking forward to the end of the month. If the President is to make progress, mind-sets must change while creative and innovative people should be identified and given platforms to help transform the economy. The lazy dead weight civil servant hindering progress must be sieved out.

People did relate to the rather offensive remark of “the ones with ponytails” by the leader of the UDC during the televised presidential debate prior to elections. The reality today is that an astronomical amount of wealth is out of the reach of Batswana and it seems it will never be in their hands. So in order to be like those with ponytails, the once timid Motswana is becoming corrupt. The President has a monumental task ahead of him – that of economically empowering the citizens of this country but this he cannot do alone. Everyone must pull their weight. We therefore look forward to the future more in hope than expectation. There is hope at the heart of Masisi’s presidency, hope for change. More than ever, Botswana has a chance to reclaim its title of “an African miracle” that she lost under Ian Khama’s presidency. 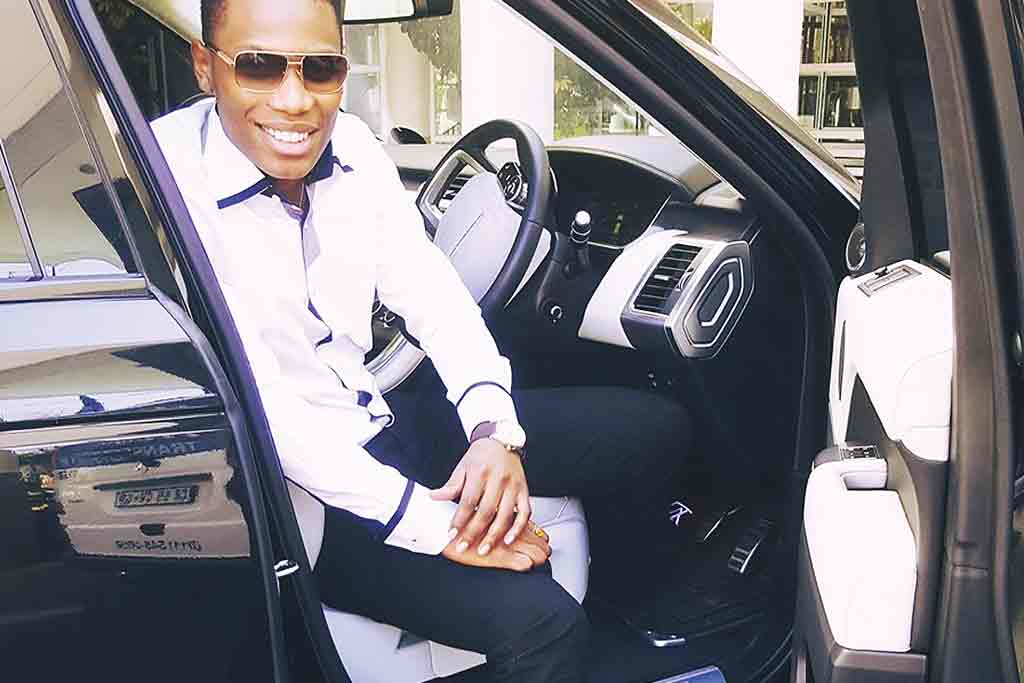