November 20, 2020 Admin
Home»Opinion»Column»I am not a thief and have never been one
Column/Opinion

There is still a huge perception out there that I may have done some artists wrong or that I am some kind of crook. So, in the next two weeks, I will explore how that perception came about because as well as my triumphs, I want to share confront the dark side and address those elephants in the room.
I am not a thief and was not born one. My mother says I was born on 3rd November 1968 at Deborah Retief Memorial hospital in Mochudi. I have always wanted to dispute that: the date, not the venue- but when I came into this world and uttered my first cry, I doubt the angels in heaven proclaimed “Woe for the earth and those on it, for a thief has been born. Woe for the traditional singer, the guitarist and the rapper”. No.
But, barely two years into my recording career, I had already earned a reputation as a crook, a reputation that has at times overshadowed all my other talents. How did that come about?
For you to understand that you will have to come with me to the beginning of Eric Ramco Records where upon I will once again have to tell you about Stampore, the very first artist recorded on the Eric Ramco label in 1995.
When Stampore’s Ke Go Saenetse was released through EMI Music South Africa, I was still under the employ of the Botswana Guardian and Midweek Sun group. After Stampore, I signed an artist named Tefo K, followed by 3rd Mind in 1996. A while later I quit my job to run Eric Ramco Records full time. In this business, they warn you not to quit your day job until all your ducks are in a row.
But you see, I never planned to quit my job. I had actually offered my employer that I take on reduced responsibility so I could still have some kind of income. Maybe consult or do special projects. My boss, William Jones, was furious. At the time a rumor had been doing the rounds that I might go to the ‘opposition’, as he used to refer to Mmegi. I have no idea where that came from, industry politics I suppose.
So, when I finally approached him about my offer, he was very quick to bid me farewell. There were no record labels in Botswana at the time, and he didn’t believe his advertising manager was shedding his duties to go start one. Something had to be up: He didn’t trust easily you see.
I suddenly found myself out on the street, with little money and EMI were not sending any cheques. No, they were not ripping us off, but there were just too many logistical problems with my contract. Had I known what I know now back then, I would have self-distributed or set up Ko-Setlhareng.com back then.
Now, when Stampore and I started I was very stable. He always knew where to find me and there is just something about this kind of artist. When you work with him, you form a bond. A family like bond. It doesn’t matter what day of the week it is, he will pick up his guitar and come knock on your door and you will let him in. Even if he had come over the day before, if he has problems you sort them out. Such was our relationship, to the extent that my two sons who at the time were six and four years old, knew him and called him “Bekene Bekene” after a chorus from one of his songs. If I was not home and he came by, as soon as I arrived home, they would tell me “Bekene Bekene was here looking for you”.
And then life happened: Because of the instability I found myself in, I moved houses without informing him. He must have gone to Maruapula flats and knocked on flat D20 several times. Knowing the regularity with which he used to come see me, I am sure he went to that flat at least four times a week. Sometimes twice a day. And each time he knocked on that door there was no answer that must have gone on for a week or two. That is just my guess.
One Saturday morning, Radio Botswana happened to be broadcasting live from Molepolole. I’m not sure what the event was or how Stampore happened to be there, but for some reason the announcer granted him an interview. After all he was a celebrity.
They must have asked him how the album was doing, how it felt to be a recording artist, things like that and it didn’t take him long to tell the nation, on live radio gore “Kana rre yole o tsene ka lenga la seloko. O phuthile sengwe le sengwe o nyeletse. E bile ke kopa sechaba se mo mpatlise”. It was like releasing a hit song to a captive audience, and the nation danced to it. Even those that had not danced to any of his songs.
I became a thief on that very fateful Saturday morning. When I heard about it, I wasn’t upset or angry at him. I thought I had bigger problems to worry about. Little did I know.
The following week I received a call: Ironically it came from the very publication I had worked for barely two years earlier, the Botswana Guardian and the man on the other end of the line had some questions for me to answer. Unpleasant questions about Stampore . I was about to make that week’s paper. It was open season on Eric Ramco… 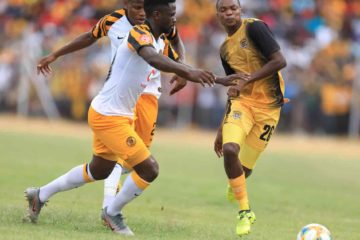