November 26, 2020 Admin
Home»Opinion»Letters»“I Will Not Be Part Of This Fruitless DISS Exercise”
Letters/Opinion

“I Will Not Be Part Of This Fruitless DISS Exercise”

LOO Responds to Committee on Intelligence and Security Services

At the invitation of the President, I attended a “Virtual Meeting” on 29 October 2020 where the President informed the Speaker and I on the Members of Parliament that he plans to appoint to the committee.  The President also informed us that the committee was last appointed in 2014 and has largely been dysfunctional as some members resigned from the committee.

My request to the President was for him to prioritise two issues of national concern relating to the DISS, which are;

1.Subjecting the DISS to a forensic audit (Clean Up DISS).

2.Reviewing the DISS Act to ensure that complies with international best practices (Fix the Broken DISS).

The DISS has from inception been dogged by serious allegations of maladministration, corruption and operating slush funds with the blessings of the political leadership.  Current and former employees of the DISS are facing charges that include money laundering and terrorism, charges that can result in the accused facing a death penalty.  There are claims that the charges are trumped up and all the accused persons are likely to walk free.  Clearly all is not well within the organization and there is need to clean up, making a forensic audit urgent and imperative.

The DISS Act was never intended to deliver an institution that is subjected to Parliamentary scrutiny and oversight.  Once a committee of Parliament is appointed by the President and reports to the President, it cannot pass the basic test of an oversight committee.  The Act has created a monster that the nation fears and is a black hole that gobbles millions of Pula annually.  It is therefore of paramount importance that the Act is reviewed to allow the nation the services of a professionally run and accountable “Spy Agency”.

The President could not commit to prioritization of the issues I presented to him on Cleaning Up and Fixing the DISS.  His narrow interest was on meeting the minimum legal requirements.  In essence, the meeting was meant to “tick a box” and carry on with the business as usual approach.

On behalf of the Parliamentary Opposition, I informed the President that we will not be part of a fruitless exercise that will have no impact in reversing the rot at the DISS.  It’s in the nation’s interest for the leadership to investigate the DISS corruption and looting and also reviewing the law to avoid the pitfalls that have defined the journey of the DISS.  To this end, none of the Opposition Members of Parliament will serve in the President’s Parliamentary Committee on Intelligence and Security.

We will however continue to hold the DIS accountable for the use of public resources through the Public Accounts Committee, a committee that is appointed in accordance with internationally accepted standards for Parliamentary Oversight.  There is no need for the opposition to play any part in a cosmetic exercise geared at sanitizing the Dirty and Broken DIS.

Mr. Speaker, I will today submit to your office, resignation letters from members of the committee who were selected to serve in the committee by His Excellency the President.

“I Will Not Be Part Of This Fruitless DISS Exercise” 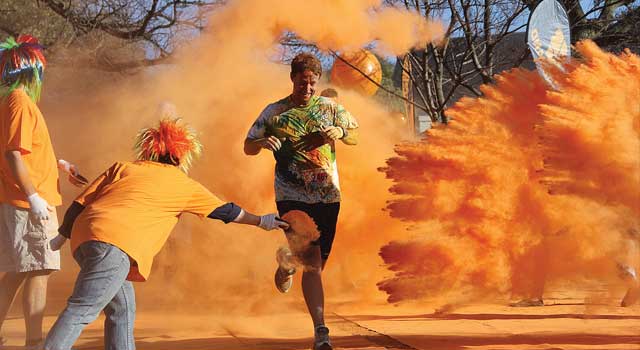