The year 2016 is a very critical year for our dear country. We are celebrating fifty years of independence. Like any other patriotic citizen, I have a reason to join in on the jovial mood. As I do, I am bothered by seemingly deliberate stance to ignore teachers here and how they contributed immensely in sports development in particular over the years since independence.
The teachers have had an added responsibility of unearthing and nurturing the hidden talent of sporting activities right from primary school days. Over the years, teachers were expected to partake in coaching students in athletics, ball games, clubs (Core curricular activities). Whether or not they had competent skills, that was not an issue. It was part and parcel of teachers’ grading for progression.
Those who were lucky would be taken through some coaching clinics of kind to help them: Despite the fact that they were not even paid for the added job responsibility, teachers managed to produce athletes of repute that competed very well even internationally. Those athletes would form part of the country’s national teams and make everybody proud.  I need not mention any names of such athletes. The sad reality is that the poor teachers were not paid anything for the marvellous job they were doing… They would only get some mere subsistence allowance. No overtime! One would understand why that was the case because the old Teaching Service Act had many loopholes and as such disadvantageous to teachers. The teachers would coach for extended hours after school and over the weekends for free.
In May 2010, when the new Public Service Act was implemented, it now meant that the ‘slave days’ for the teachers were over. The new Act read together with the Employment act clearly stipulates that public service workers (including Teachers) are to work 8 hours a day. They  further state that if after the 8 hours or over the weekends, the employer still has some work to be done, then it’s   either the employee gets overtime payment or day offs in lieu of the overtime worked. This is applicable to the teachers as well as per the new act. The Employment Act further explains how the overtime is calculated and claimed; the same thing with how the day offs are supposed to be taken.
Unfortunately, teachers never benefitted from the implementation of the new act.  One would have thought that, having been doing the ‘donkey work’ of core curricular activities unpaid, teachers would have something to smile about, but the opposite is true. Wavering the law is the order of the day when it comes to the teachers in this country.  Overtime is not properly done and the day offs are also not taken as per the employment act and hence most teachers back off.
As a results, a lot of schools do not participate in sports and clubs meaning that a lot of other potential athletes are denied the opportunity to show their talents. In the past all the students took part in all the core curricular activities and some even benefited from them directly, if they were not academically gifted. Denying teachers what is due to them has not only lowered their morale but is also denying them to help produce athletes for this country as they used to.
You should not expect us to do well in the sporting circles because you deny a lot of our students a chance and right to complete and explore their talents by denying teachers what is due to them. And who knows, maybe all these students would one day gather and take the government to task for denying them the opportunity to explore their talents while at school.
Solomon Batsietswe 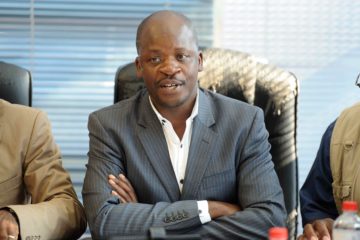