Botswana is a country that promotes foreign direct investment and it goes without saying therefore that competition for investment must be fair to competitors whether some of them were born here or not. Indigenous entrepreneurs will have an added advantage or specific sectors specifically reserved for them if there is a policy or law which dictates so.
The article by MacDonald Peloetletse, a member of the ruling Botswana Democratic Party (BDP) written under the heading “Indigenous entrepreneurs should be protected” appeared in the Telegraph newspaper dated 29 June 2016. In the article, I understand him to be raising issues with (1) foreign investors should be businessmen who are enterprising and not dependent on government contracts (2) he is disgusted by such businessmen behaving as though they are entitled to the same government contracts and (3) that he appeared to be uncomfortable with foreign investors legally challenging the awarding of business contracts to indigenous companies where he mentioned Mr Mehdi Jamali versus Mr Ishmael Nshakazhogwe and Moghul Catering Services versus Boitekanelo Catering Services cases. Jamali bidding company is Varsha Enterprises while Nshakazhogwe’s is Zambezi Motors.
Government contracts are generally speaking, huge in size and monetary value and may at times be complex looking at the skills required which may be lacking in the indigenous business people. As a result, all investors, indigenous or foreign, have the right to tender for such contracts unless where exclusivity is stated. Even if tenders are not huge and complex in nature, fair competition is a prerequisite. Comments with xenophobic undertones like “one would wonder how he himself managed to have flooded his properties to the government and also how he acquired land especially when he was not born here” are misplaced and don’t belong to the present Botswana. Even if he was writing in his personal capacity, MacDonald’s view on Jamali is, with respect, xenophobic and in bad taste.
This country has pronounced on numerous occasions that the rule of law is not negotiable-anybody, indigenous or foreign, has the right to approach courts should they feel aggrieved by whatever decision. Varsha Enterprises and Zambezi Motors were both interested in a tender to avail office space to government and if any of them felt the process left much to be desired, they both had or have recourse. The same applies to Moghul/Boitekanelo. In the Jamali/Nshakazhogwe matter, and this is as per Sunday Standard report “Judge ‘smells corruption’ in MFDP tender” June 26-2 July 2016, it comes out that the latter sort of received “preferential treatment” from the Deputy Permanent Secretary at the Finance ministry asking Zambezi Motors to “re-configure its bid and consider lowering its bid” while the same treatment was not accorded to the other bidder.
It is common cause that Varsha Enterprises provided more office space at a cheaper price while Zambezi Motors provided little office space at an exorbitant price. At Zambezi Motors for example, building inspectors found amongst other defects that lights were not working in some toilets, there were no floor coverings on the first to the seventh floors etcetera. These and other issues prompted the Judge to ask probing questions which the State Attorney replied to some “My Lord, that is a question I’m unable to answer”. Are we then expected to read malice in the foreign investor seeking recourse on issues he considers detrimental to him just because the other bidder is an indigenous entity? It cannot be. This is a tender which was open to everybody and everybody who tendered should receive fair and equal treatment. This is the message the BDP is relaying and MacDonald seems not in sync with his party.
The P45 million Moghul/Boitekanelo tender has its own story, which is that the tendering company had allegedly just been registered, that there were issues of conflict of interest etcetera. Normal logic dictates that given these issues and assuming they are correct any bidder, indigenous or foreign, would seek recourse if aggrieved by the turn of events. The insinuation that foreign businesses are sort of blocking indigenous companies from winning tenders and therefore failing economic diversification lacks merit and is consequently preposterous.  I agree with McDonald that corruption should be fought tooth and nail and this should include corruption at all levels of the society. Is there political will to do so or it’s the usual and tired rhetoric that we are fighting it? Until we know what went wrong with tenders for Morupule B, Palapye Glass factory and other mega projects, we may as well stop talking about corruption.
How many people in this country, indigenous or foreign, are at the level of Jamali asset-wise, and do we know how they acquired them? What action if any, has been taken to determine their legitimacy? If no action has been taken, why is this so? If there are no answers to these questions, I am afraid we are driven by undue blind loyalty coupled with xenophobic tendencies which are ingredients to discouraging foreign direct investment we badly cannot afford to lose.
One is reminded of how the Ministry of Justice back in 2011 unlawfully procured office accommodation and recently the Ministry of Trade’s P65 million office accommodation fiasco about which nobody has been able to provide solid answers to the Public Accounts Committee until today. McDonald, as an active member of the ruling party, should be raising these and other related issues if we are to believe that he is on a crusade to fight corruption, otherwise it remains my considered view that he is doing so selectively. Indigenous entrepreneurs should be encouraged and promoted, but not to the point where mediocrity and incapacity to meet tender requirements are obvious, for if this is the case, white elephants like the Palapye Glass factory will forever be the result that will haunt us “until Jesus comes” due to highly compromised tender processes and procedures.
Adam Phetlhe
phetlhea@yahoo.com
71212868

ESP millions down the drain? 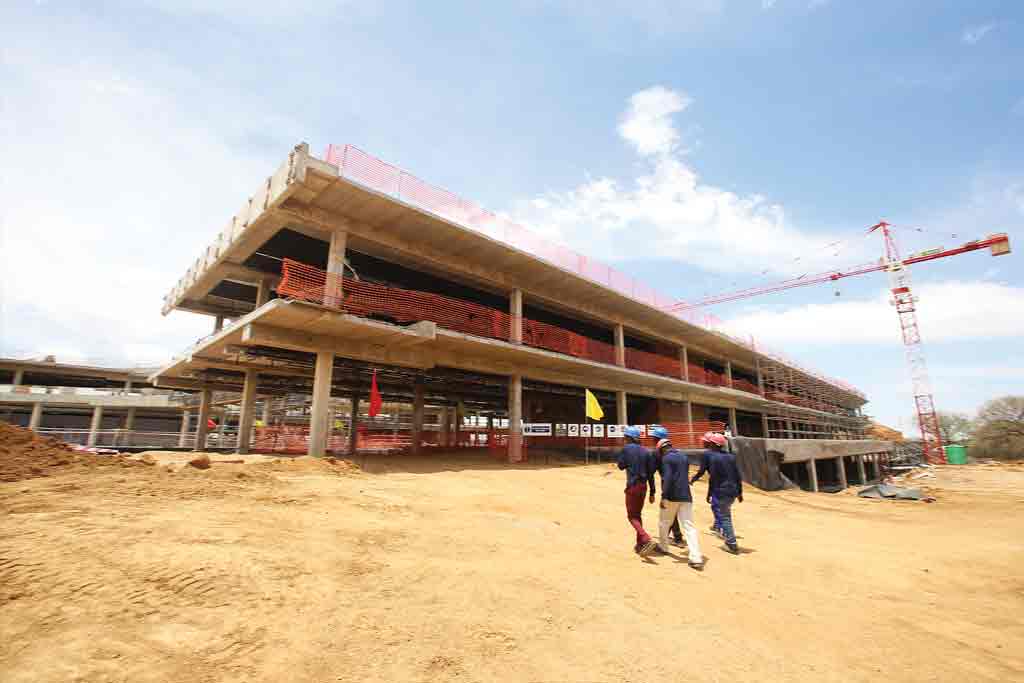